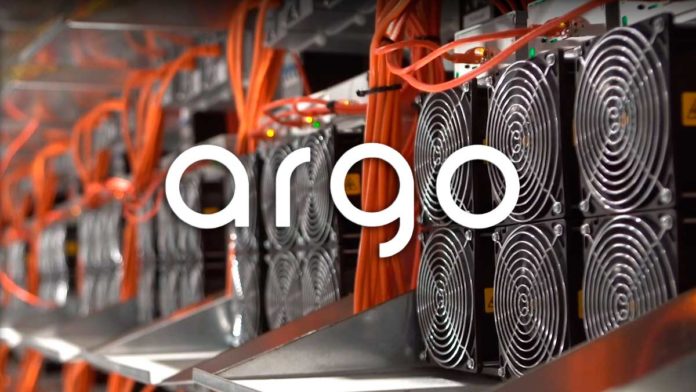 Argo Blockchain, a crypto mining firm based in London, is going to operate new Bitmain mining machines to increase its mining capacity.

In a blog post announcing the news, published on January 2, Argo Blockchain said that it has received 3,616 Bitmain Antminer T17 machines which are being installed and expected to be operational by January 10th, 2020.

Argo Blockchain said that the new machines represent 159 petahash (PH), an increase of 75% from the Company’s existing installed base of mining machines. The company aims to increase it mining capacity by 240% by the end of first quarter of 2020. The blog post reads:

“Argo is on track to operate a total production base of approximately 17,000 machines, or 640PH, by the end of the first quarter of 2020, increasing the Company’s total mining capacity by 204% from its current base.”

The company, in latest announcement, said that the remaining 6,384 machines expected to be delivered in batches from early January.

Mike Edwards, Executive Chairman of Argo, at that time, said:

“This amended order represents another significant expansion of our mining infrastructure to become the world’s biggest publicly listed crypto miner. Moving from the S17 to the T17 increases our mining output considerably. Our strong balance sheet and cash flow means we can continue to invest to take advantage of favourable industry conditions and position Argo for long-term growth and value creation.”

Argo Blockchain further announced that that Peter Wall, former president of Vernon Blockchain and a member of the management team that founded Argo , has been appointed as the Company’s chief executive officer with immediate effect.

“I am delighted to welcome Peter as our new chief executive officer. His knowledge of Argo and his broad and deep experience in crypto mining will serve the Company well as it moves into its next phase of growth.”