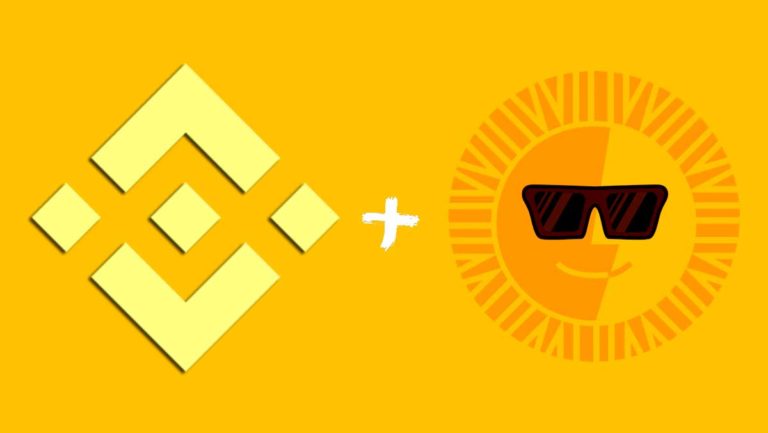 After the launch of JustSwap, TRON Network’s ecosystem is now growing by leaps and bound as its DeFi token SUN has become the first token listed on Binance newly-launched Innovation Zone.

TRON Foundation Twitter handle retweeted the announcement, made on Monday, September 21, from Binance. According to the Binance announcement, the leading crypto exchange has created an Innovation Zone:

“a dedicated trading zone where users can trade new, innovative tokens that are likely to have higher volatility and pose a higher risk than other tokens.”

In a separate blog post, announcing the launch of Innovation Zone, the Binance team said:

“Our team has created the Innovation Zone, which will allow users to trade newer token offerings from the comfort of their Binance account, while at the same time protecting less suited users from being exposed to the “risk” that comes with trading them.”

The exchange further said that to keep itself on-trend and delivering what users want, it needed to list popular projects while trying to avoid scams or otherwise bad projects. So Binance will continue listing DeFi coins, some of which may be from projects that have decentralized teams with no explicit founders.

So to keep itself in sync with the recent DeFi boom, Binance has launched an Innovation Zoom that will give its users a safe place to trade new, innovative projects.

The first new token to be listed in the Innovation Zone is SUN (SUN), TRON Network’s DeFi driver. The trading for SUN/BTC and SUN/USDT trading pairs has already begun.

According to a publication by Binance Research on Monday, September 21, SUN is an incentivization layer for TRON’s DeFi ecosystem and a transit center of cross-chain assets. For cross-chain functionality, the first batch of non-TRC20/10 including BitCoin(BTC), Ethereum(ETH), Ripple(XRP), BitcoinCash(BCH), Litecoin(LTC), Bitcoin SV(BSV), STEEM (STEEM) is under observation. These off-chain assets will be coupled with TRC20/10 tokens to support liquidity pools.