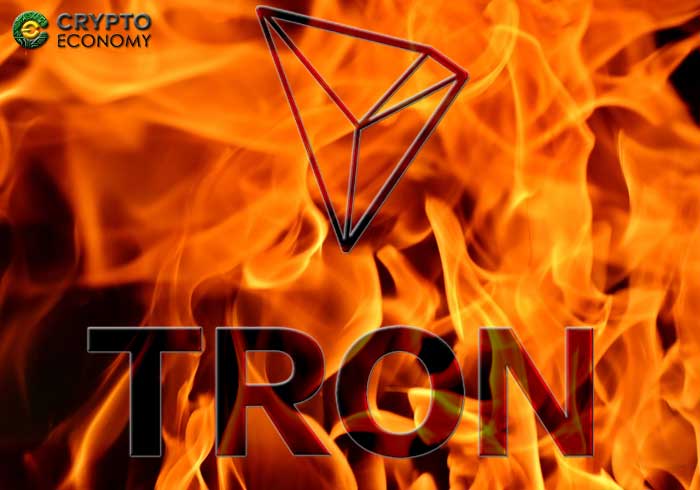 The CEO and founder of the Tron foundation, Justin Sun, went public to announce that he had burnt a mammoth number of ERC-20 tokens worth $800 million. Sun referred to the almost-certain fate of the ERC-20 tokens as the reason behind the move, saying that the tokens are bound to become mere artifacts and largely useless.

He further admonished his followers to keep at least one as a probable Souvenir. The message reads:

This is hardly the first time that the CEO goes on a burning spree, as we have witnessed several similar events since the networks mainnet launch. About five months ago, the crypto community went on a similar effort and burnt tokens amounting to an equivalent of 100billion TRX. In late September, the community also got rid of more tokens which were reportedly amounting up to $2 billion.

Justin Sun has made it clear that the burning events are purposed to serve the noble purpose of annihilating them from the total supply. This is believed to lead to far much desirable effects which include the spiking of the cryptocurrencies value. Burning the tokens will lead to decreased supply against the available demand which will then translate to an increase in the overall price of the coin.

Furthermore, the foundation also reported earlier that the burning process will assist the system in eliminating inflation, keeping a fair token distribution as well as serving as a reward for various users especially Hodlers.

Apart from burning tokens, Tron has been notably aggressive in advancing its cause through various strategic partnerships which are aimed at developing and sustaining an advantageous network in the cryptocurrency community. Elite names include Binance, Baidu and BitTorrent. It is important to note that the burning has not involved the TRX coins, but rather the ERC-20 tokens which do not currently serve any useful purpose.

“You burnt half of the circulating supply really?”

Another evidently keen follower clarified on the matter in the words:

ERC-20 tokens, not the Tron coins. He burnt the old and now useless tokens.”