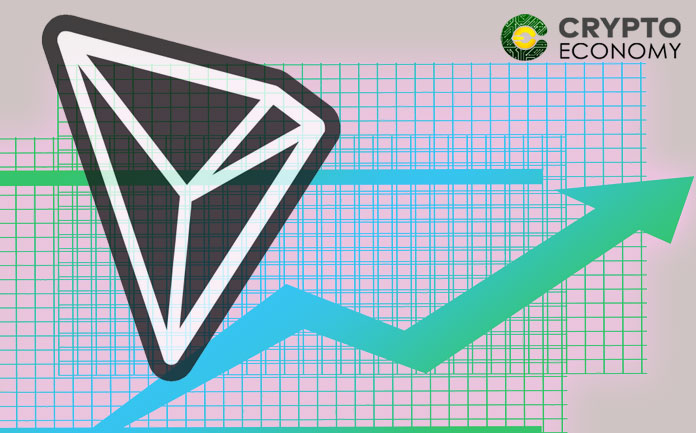 The past seven days have seen Tron improving in value from the week’s low at 0.01135 USDT to the current price at 0.01457 USDT, thus representing a 28% Tron [TRX] price hike relative to the Tether (USDT).

The cryptocurrency started out with the week’s lowest price as stated above and progressed upwards over the course of two days to hit the week’s highest value at 0.01713 USDT before another short descent to assume a relatively lateral trend, which has taken the price to the current price tag.

Currently, the Bands are exhibiting mild divergence since yesterday which is consistent with the change of price direction since yesterday, as the price reversed to embark on a marked bullish direction. The trend line has bounced off the lower band and is now over the midline to approach the upper band to demonstrate a promising upward trend reversal.

Beyond yesterday the bands went through a period of low volatility since the 1st of December characterizing the relatively sideway trend which took over between the 1st and the 3rd. Beyond the 1st of December, the bands demonstrate marked divergence since the 27th which went along with the major bullish trend reversal of the week stretching between the 27th and the 29th of November.

The RSI trend line has now crossed the midline (50.0000) in an upward direction reflecting the current bull run.

Previous notable trends include the most recent overbought conditions reached yesterday between 16:00 and 20:00 pm, and the oversold conditions demonstrated during the weeks high at 0.01713 USDT and on the 28th when the price hit 0.015687 USDT.

The RSI concurs with the Bollinger Bands in pointing towards a possible continuation of the trend in a bullish direction. 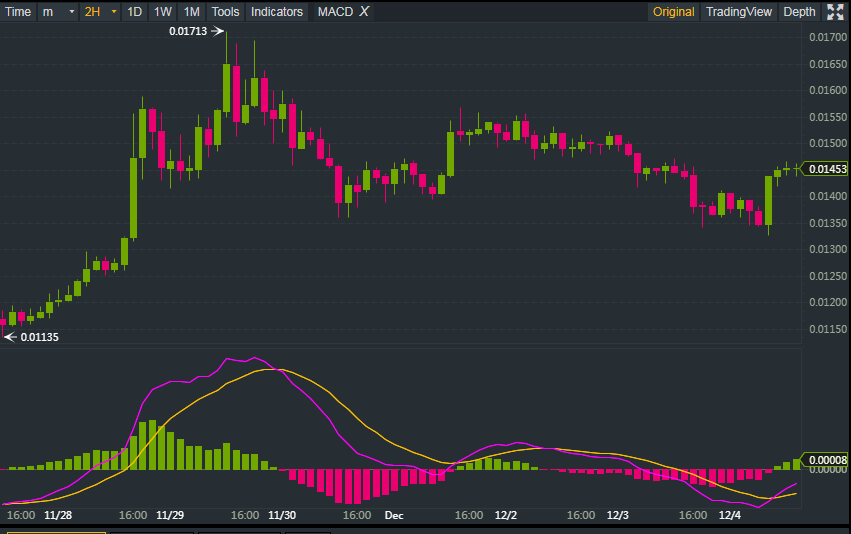 The moving averages are exhibiting marked divergence in a bullish direction with the faster moving average leading the trend. As expected, the histograms are also widening in the aftermath of a previous moving averages crossover at 10:00 am today (about 5 hours ago).

Previous crossovers and divergence are consistent with the series of trend reversals which took place in the course of the week as the price was fluctuating in a general bullish direction. The current divergence agrees with the previous indicators as it also points to a possible continuation of the bullish trend. 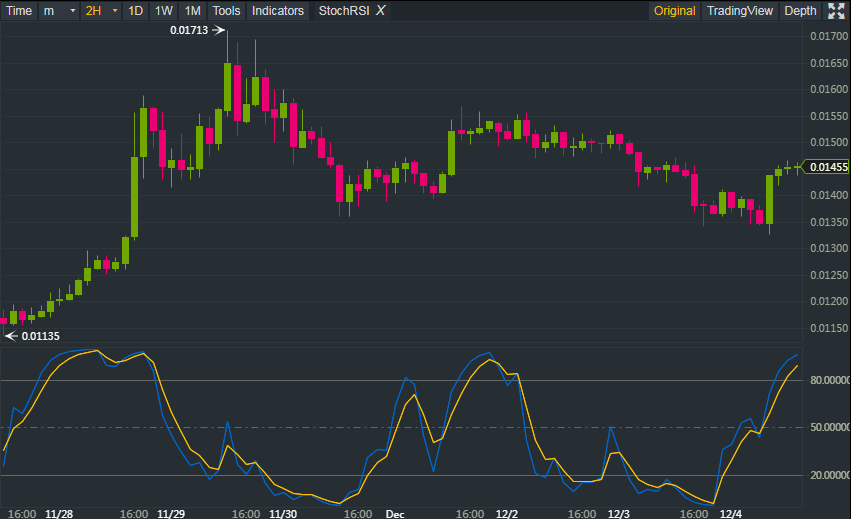 The trend lines are currently above the upper limit (80.0000) with a strong display of divergence typical of a bullish trend. This comes in after a sharp and strong momentum uptrend which has seen the moving averages quickly advancing from strong overbought conditions reached yesterday to the current state.

Prior to this, the lines have demonstrated a number of crossovers as the price trend line went through a series of highs and lows over the past 6 days. Overall, the indicator also agrees with our previous indicators by pointing towards a possible trend continuation in the next few hours.

Tron [TRX] has undoubtedly improved over the past week by a commendable percentage though it’s considered not significant enough by most enthusiasts.

The current bullish trend and a generally positive reaction from the indicators are definitely encouraging factors for traders who began questioning the recent hike as the price begun going bearish after the 28th.

The crypto community awaits with crossed hands to see if this would be the onset of the fancied bullish run by the cryptocurrency of the highly progressive Tron network.

0
The Tron network has gained tremendous traction. The blockchain added yet another feather in its cap after surging past a new peak in terms...
Read more
- Advertisment -
Posting....