TRON announces the launch of its mobile wallet TronWallet 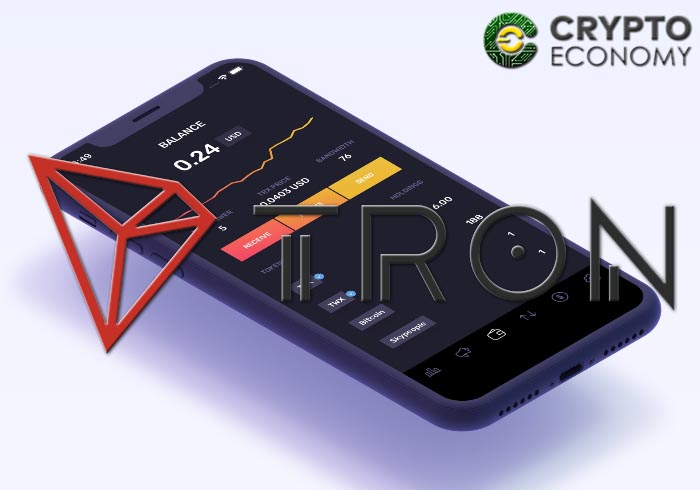 This July, Tuesday 31, the TRON Foundation announced the launch of its TronWallet – a wallet for the cryptocurrency of the same name – for mobile devices.

The news was published via a post in Medium and TRON (TRX) social media, where the peer-to-peer feature of this wallet is highlighted, along with the fact that it will not require users to login or even sign up in order to make transactions.

In addition, the app uses push notifications to let users know of the successful validation of any incoming and outgoing operation on this network.

The platform’s design came from Getty/IO Inc, who based its development on Amazon Web Services, Blockchain and Javascript. It is also known that the foundation arranged $ 200,000 to encourage a faster work from the team in charge. To this respect, CEO and founder of Getty/IO Dio Lanakiara, stated:

“I remember when we started developing TronWallet four months ago, our team was in a hangout when we decided to participate on TRON Programming Contest. Quickly, a trello board was created and the first card with the title ‘Prepare Cold Wallet for Apple Store’”.

The contest Lanakiara is referring to, is TRON Developer Programming Competition, an initiative for blockchain developers and members of the global community, where prizes can go up to USD $ 1,000,000. Nevertheless, this was not the reason why the development sped up.

Yesterday, August 1, not only was the birthday of TRON’s CEO Justin Sun, but also the anniversary of the TRON project, launched last year, and to commemorate this date, everything was arranged so that the launching of the mobile version – available on Android via Google Play Store, coming soon for iOS – matched with the events of said date. Besides, the also investor promised to make a “secret announcement” related to the TRON network, in the coming days.

According to its description, the app charges no commission for token transfers; it is open sourced, and offers local, secret encrypting, in addition to the possibility of signing smart contracts safely and without the need for private keys – which was also pointed out by Lanakiara:

“We have started our journey with a bold mission: Empower users of TRON Network to securely sign smart contracts and transactions without ever asking for their secrets keys. Our first prototype was code-named TronVault, the first mobile cold wallet for TRON available for iOS and Android. TronVault was built before the competition and after our bip39 implementation proposal got accepted by the TRON Team.”

The app would have also been created to train TRON users and to experience the full potential of its blockchain, in addition to store TRX tokens, just like any other crypto wallet out there.

0
Dao Maker has become a strategic partner of Tron blockchain, in the latest development. What does it mean for the two entities? Justin...
Read more
- Advertisment -