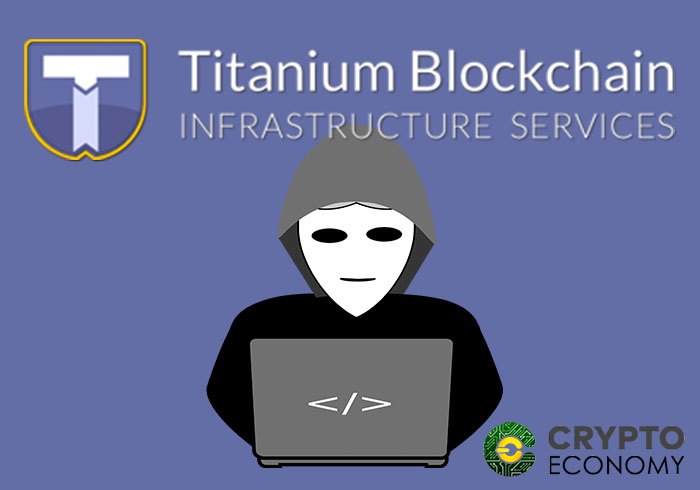 The investors of the Titanium ICO (TBIS) received unpleasant news on February 23, when they were informed of the theft of 16 million BARs Tokens from the company’s wallet.

It is not the first time that a robbery similar to this is given and it is probably not the last. Little is known about the error that caused the subtraction, even the hypothesis that some member of the team is involved is considered.

It is always a hard blow that an ICO begins with a theft just when their tokens go on sale in the exchanges, however the Titanium team has responded professionally by going to work to solve the problem from the first moment.

The CEO of Titaniun – Michael Stollaire was responsible for presenting the appropriate explanations as well as the steps to be followed to solve the problem generated.

As a first step, all company accounts were blocked and the authorities contacted to report the theft and try to get the perpetrators brought to justice.

Then, to prevent offenders from being able to devalue the value of the token in the exchanges, a Bifurcation will be made, giving rise to a new token called TBAR. This token will replace the old BAR token and will be substituted 1: 1 by all BAR owners who will receive it in their ERC20 wallets, except those who have been the object of the robbery. Equally, the Titanum team has contacted the exchanges to prevent them from commercializing the stolen tokens, but Michael Stollaire has been sincere in saying:

“The exchanges are beyond my control, the only thing I can do is ask them not to market, maybe they do or not, maybe we will see exchanges trading with the two tokens at the same time”

People who have moved their tokens to an exchange office must fill out a form to receive their TBAR.

He has also made it clear that traded BARs will no longer have anything to do with Titanium and will not really have any value.

The Titanium team is working hard and improving the security of their portfolios with the aim of not happening again.