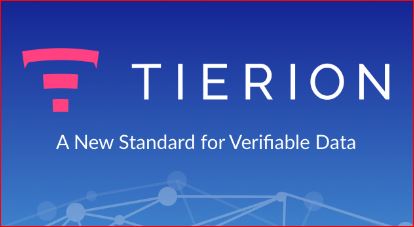 Applications of blockchain technology are very versatile. Due its characteristics of transparency and immutability, blockchain allows reliable verification of documents, and it is in this aspect that the company Tierion stands out.

Tierion has created a technology called Chainpoint that allows anyone to demonstrate with absolute certainty when the data of a document was created and if it has been modified from its original state.

Companies safeguard and notarize important documents such as property titles and contracts to ensure that anyone can verify their truthfulness. Surprisingly, there is no universal equivalent to safeguarding digital data. Health, insurance and financial services companies need to safeguard large volumes of critical data. Checking the authenticity of information within these industries is currently cumbersome, costly and in many cases impossible. Tierion offers with its platform a viable solution based on blockchain technology. The company is using this technology to launch the Tierion network, a universal platform for data verification that works on a large scale.

The Tierion network works by creating a test that links data to a transaction in a block chain. Anyone with this test can verify the integrity of the data and the time stamp without relying on a trusted authority.

Since its launch in 2015, more than 1,000 companies have used Tierion, including large companies such as Microsoft, Philips, as well as innovative startups such as Accredible and Tokken.

For its part Microsoft joins Tierion to run an essential part of the network infrastructure. Anyone can join the Tierion network by running a node. Each node improves the scalability and reliability of the network.

Along with this new distributed architecture, a token is being introduced. The Tierion Network Token (TNT) provides an economic incentive to secure the network infrastructure and serves as a method of solution between the parties to access network resources.

Tierion’s ICO will seek to raise $ 25 million, adding to the $ 600 million worth of blocked block projects this year from a public market of crypto-currency buyers.