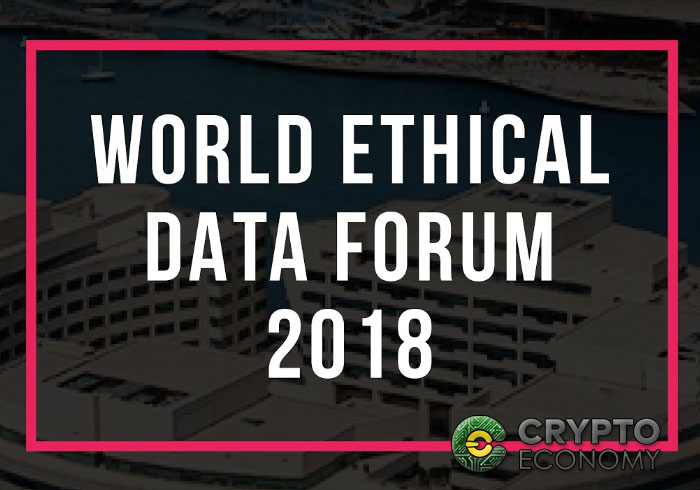 The World Ethical Data Forum (WDF), which will take place at the World Trade Center in Barcelona, will be held on September 19 and 20. The forum will provide the opportunity to learn from the invited speakers about the use of data in decentralized technology and blockchain applications.

What is the World Ethical Data Forum (WDF)?

The WDF is an event that has positioned itself as one of the most important in the sector, this event emerged after the Facebook and Cambrige Analytica scandal and its mission is to examine the issues arising from the use of information and data in decentralized technology.

What does the World Ethical Data Forum contribute?

In this event, you will have the opportunity to attend and debate in the different presentations on the need to build an ethical framework for the use of data and Blockchain applications.

After the event, it will open the way for Networking where you can share experiences with other attendees, make contacts and interact with leading figures in the industry.

Among the speakers that will attend the World Ethical Data Forum (WDF) we can highlight:

Adviser to media organisations, journalists and whistle-blowers on all aspects of media law.

Dr. Merkle received his Ph.D. from Stanford University in 1979 where he co-invented public key cryptography and invented Merkle Trees. He is now a Senior Research Fellow at the Institute for Molecular Manufacturing, a Director of Alcor, and a Chair Emeritus of Nanotechnology at Singularity University.

Writer, media pundit, and international public speaker on a variety of related issues such as: the wars on terrorism, on whistleblowers, on drugs, and on the internet. She is a member of the Sam Adams Associates, a global group of intelligence, diplomatic and military whistleblowers.

In addition to these 3 main speakers of the event will also attend:

The World Trade Center of Barcelona is a business complex for congresses and meetings equipped with the latest technology and in a privileged situation since it is located on the shores of the Mediterranean in one of the arteries of the city.

This location puts at your disposal services such as shops, a 5 star hotel and parking among others.

(9am – 7pm) Continuation of the World Ethical Data Forum

The purchase price of the tickets will vary as the event approaches, these are the prices currently available:

Until the 25th of August

From August 25 to September 9

Readers of Crypto-Economy can benefit from a discount code of 25% by making the purchase on this link and using the code: WORLD25

0
Electroneum, quite active lately, has been sealing partnerships with different companies to help establish its cryptocurrency in more countries and thus win users, the...
Read more
- Advertisment -