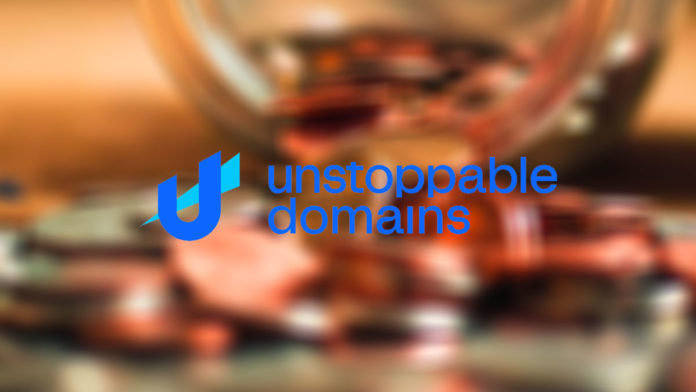 It has been announced that Unstoppable Domains has raised $65 Million at a valuation of $1 Billion and aims to transform domain names into the people’s Web3 identity.

With more than 2.5 million registered NFT domains, Web3 is the leading platform for the digital identity for Web3, with over $65 million in Series A funding at a valuation of $1 billion closed yesterday.

In order to achieve its goal of building a portfolio of user-owned and portable digital identities, Unstoppable Domains plans to use the funding to fuel product innovations and build partnerships in the web3 space.

“Unstoppable Domains is rapidly defining a new category of decentralized identity that will change the internet as we know it. We’re proud to back Matt and the rest of the team who are making this vision a reality.”

The Unstoppable Domains company was founded in 2018 and offer NFT domains that ensure that people are in full control of their digital identity and own it completely.

There have been 2.5 million domains registered so far, providing people with logins to more than 150 Web3 applications, replacing lengthy crypto wallet addresses on more than 80 wallet services and exchanges, creating decentralized sites, and building their Web3 identity.

There are more than 300 partnerships that Unstoppable Domains have established with leading web3 companies such as Polygon, Blockchain.com, MoonPay, and many others. In the first year since Unstoppable Domains launched in July 2018, the company has generated over $80 million in sales.

The founder and CEO of Unstoppable Domains, Matthew Gould, believes that for far too long, large corporations have controlled the digital identities of individuals, and the firm gives the power back to the individual citizen.

The digital economy is becoming an increasingly important part of our lives, and it is time that we begin to own our identities on the internet as well. There is nothing he’s more stoked about than joining forces with Pantera and other investors who are committed to onboarding billions of people on Web3 through NFT domains, which make it possible to unlock user-owned, private, and portable identities for everyone.

0
Socios.com has been selected by FC Barcelona as its strategic technology partner, which will help the club to accelerate the implementation of its blockchain,...
Read more
NFT

0
Blockchain firm, Polygon, has been selected as one of the six companies to participate in Disney's '2022 Accelerator Program' in an effort to develop...
Read more
- Advertisment -
Posting....
We use cookies to ensure that we give you the best experience on our website. If you continue to use this site we will assume that you are happy with it.OkPrivacy policy