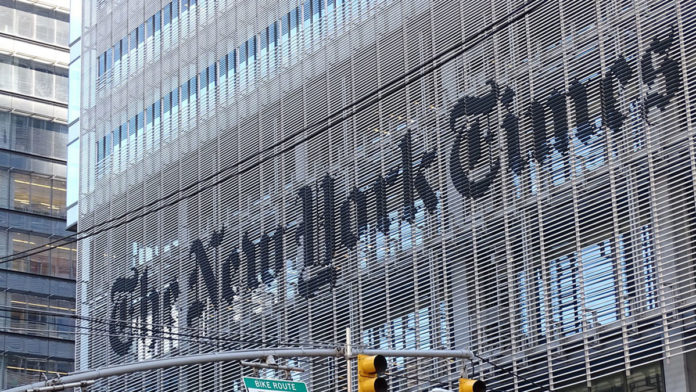 The biggest problem to media houses in this digital age is the copyright of images and content. To curb this problem, leading publication The New York Times is employing the blockchain.

In a prototype experiment, the NYT created a project that would prove the provenance of images through social media channels to end consumers. The idea was to use the blockchain to relay metadata that helps describe the origin of a photo including the date of production as well as the source of the image. The consumer would then ideally, use this information to differentiate between fake and original news given the kind of images attached to the piece of content.

In a blog post on Friday, the NYT published details of this prototype experiment and the results. The project was named the News Provenance Project. Here’s part of the explanation of the project by NYT’s project manager Pooja Reddy:

“A prong of The News Provenance Project was to conduct research around how readers make judgments about the photos they see online. To help with that research, we built a prototype that leveraged blockchain to surface a news photo’s contextual information on a simulated social media feed. We wanted to see whether visible contextual information, such as the photographer’s name and the location depicted in the photo, could help readers better discern the credibility of news photos in their social feeds.”

So why use the blockchain? According to Reddy, the blockchain is a neat tamperproof way to relay information across the internet ensuring that no one alters it for personal and professional gains.

“Blockchain’s ability to preserve the full history of a photo separately from the image file itself made it a compelling technology for our explorations around tracking provenance,” she said.

The NYT opted for the IBM Garage produced blockchain for the prototype. According to the blog post, running such as a system to prove provenance requires a permissioned or enterprise blockchain which, as opposed to a public blockchain, will provide content creators with enough permissions to protect their content.

The prototype, however, revealed some serious issues that will still need to be worked out before the system can be launched. For one, digital media is not tamperproof which means anyone can still download it and edit it before posting. Once, an image or any other media has been posted, it will be hard for existing technology to identify similarities and therefore differentiate two images to catch copyright infringement acts.

Reddy concluded that “while blockchain technology could be a viable tool in helping preserve the origin of news photos, there are a number of challenges that would need to be addressed before it could be widely used”.