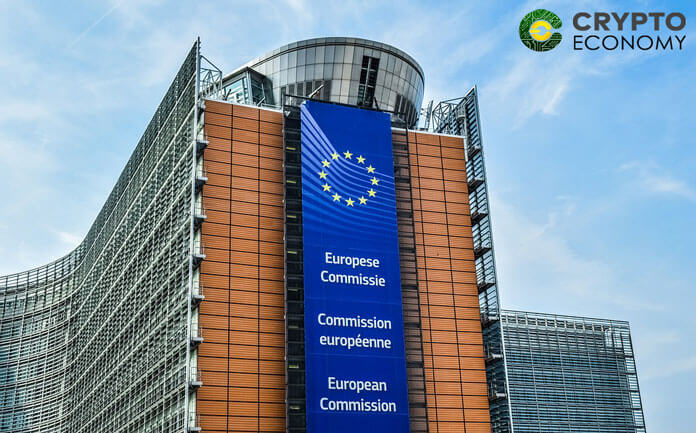 European Commission, the Executive body of the European Union [EU], has secured a number of leading banks to its new Blockchain Association. One of the banks joining this new initiative is the Spanish bank, BBVA.

Four more banks have also been invited to join this blockchain forum. The initiative was announced at a recent EU blockchain event held in Brussels, Belgium last week. Although the remaining banks were not named some sources claim that Santander is among the five banks.

Blockchain technology is set to transform digital services in quite a number of industries, –including financial services. The EU doesn’t want to be left behind. For this reason, representatives from both public and private institutions came up with the conference; Uniting EU Industries to lead blockchain technologies.

The EC invited representatives from the governments, the private sectors and public bodies to discuss and address the possibilities brought about by blockchain technology in Europe. Among those present at the round table were, Carlos Kuchkovsky, BBVA’s Head of Research and Development New Digital Business, Mariya Gabriel, European Commissioner for Digital Economy and Society and Roberto Viola, Director-General of DG CONNECT.

The EC’s planned International Association for Trusted Blockchain Applications [IATBA] is expected to become a legal entity come 2019. IATBA aims at bringing together private companies interested in exploring the potential of blockchain and Distributed Ledger Technologies [DLTs] in transforming digital services across the globe.

As announced by the EC, this association will work towards promoting ‘interoperability’ between these technologies, promoting EU standards across the world, developing sector-specific guidelines and protocols and providing information for the implementation of Europe’s blockchain strategy.

According to Carlos Kuchkovsky, the association could have a major role in providing more clarity to the regulatory uncertainty that currently surfaces the use of blockchain technology. He stressed the important role the new project plays in terms of establishing blockchain best practice and standards and at avoiding fragmentation on a European level.

He sees this as a major opportunity for Europe to seize global standards. This is according to its current level of data protection and privacy management. He finally concluded that blockchain is not just a technology, but it also engenders new business models creating what he called a “tokenized community” and paving way towards a decentralized economy in the future.