Home CryptoNews The European Systemic Risk Board (ESRB) Says That the Use of Cryptocurrencies...
CryptoNewsFeaturedRegulation 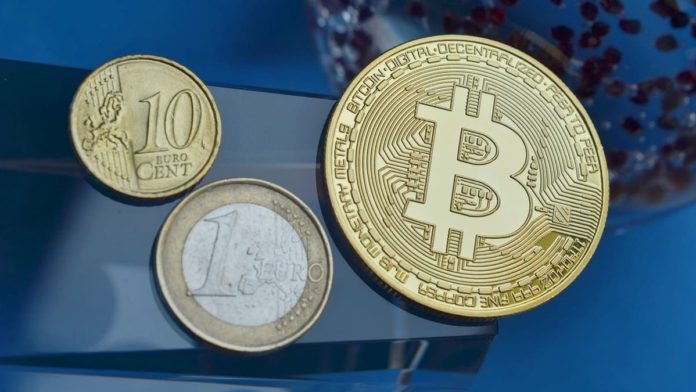 Europe is currently experiencing times of tension and uncertainty, both in geopolitical and economic issues. At its recent meeting held on March 24, the European Systemic Risk Board (ESRB) addressed this situation and, among other things, warned about the effects that cryptocurrencies could have on the region’s economy.

It is clear that the governments of different countries are beginning to set their sights on cryptoassets, which already move hundreds, if not billions, of dollars. That is why States are seeking to impose regulatory frameworks to try to control this new market, often ignoring the benefits they could have for their economies and labeling them as “risky” or “unstable“.

A complex situation in Europe

The war between Russia and Ukraine is seriously affecting the economy of the entire European continent. Rising inflation is one of the factors of greatest concern to citizens.

The price of oil and gas has soared due to the interruption of supplies from Russia, one of the main producers of both raw materials worldwide. Europe depends heavily on these resources to meet the demand of households and industries, which have seen costs rise significantly, generating record inflation in recent times. Spain, for example, is suffering the highest price increases since 1985.

In its recent report, the ESRB highlights this situation and states that it is closely monitoring developments and their implications for the continent’s financial stability.

“The ESRB noted that the Russian invasion of Ukraine has led to increased uncertainty and a multiplication of tail risk scenarios, implying a perceptible increase in financial stability risks in the European Union (EU).”

In addition, he warned that the conflict will have a strong impact also on the expected economic growth in the EU, due to higher energy and commodity prices and “weakening business and consumer confidence.”

Cryptocurrencies in the crosshairs

The European Systemic Risk Board (ESRB), asserts that the widespread use of cryptocurrencies constitutes a major danger to financial stability. It also highlights the potential cyber incidents to which citizens are exposed.

For this reason, it has expressed the need for a rapid implementation of the Regulation on Cryptoasset markets (MiCA), which seeks precisely to reduce the risks that, according to them, bring with these new technologies, including blockchain.

Europe is making steady progress on a regulatory framework to control the use of cryptocurrencies. Its effects on the market are yet to be determined, but what is clear is that it will impact how users and investors manage their digital assets.

As the year progresses, we are likely to see further attempts by the European Union and its various governing bodies to achieve a joint regulation that comprehensively regulates both companies and users linked to cryptocurrencies.

0
Cryptocurrency prices were axed to the deaths of despair in the recent market crash. The digital asset market fell to an all time low...
Read more
- Advertisment -
Posting....
We use cookies to ensure that we give you the best experience on our website. If you continue to use this site we will assume that you are happy with it.OkPrivacy policy