Home CryptoNews Companies The controversial ban on advertising on cryptocurrencies and blockchain projects, too many...
CryptoNewsCompaniesFeaturedOpinion

The controversial ban on advertising on cryptocurrencies and blockchain projects, too many contradictions? 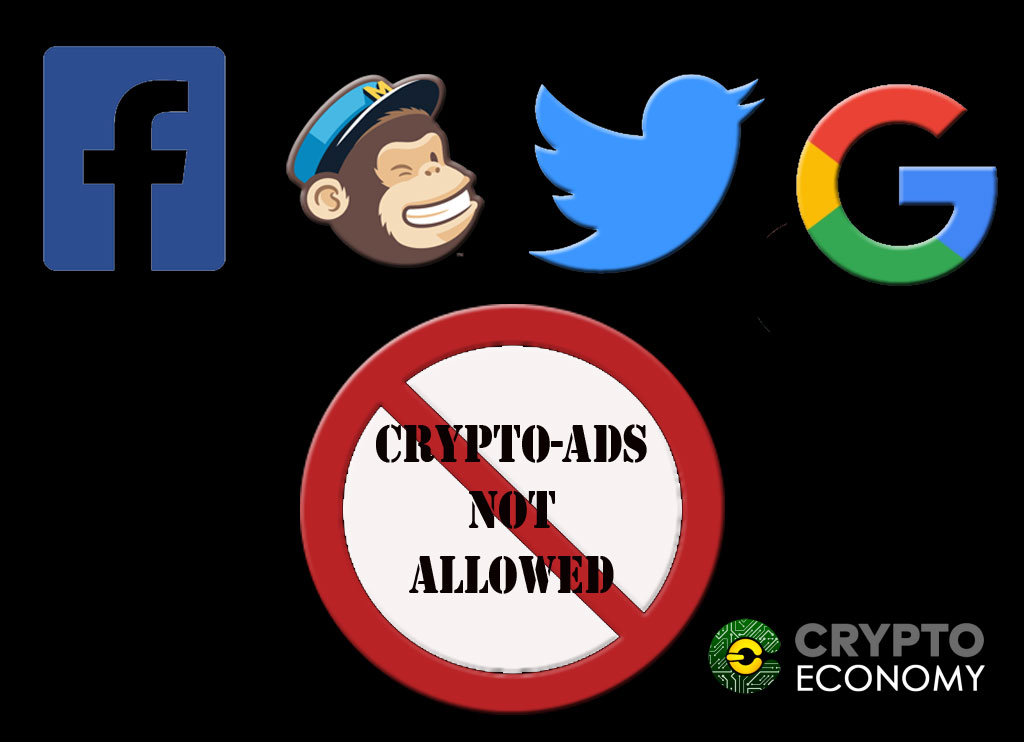 Recently there has been a massive blockade of advertising on cryptocurrencies and ICOs by the main information platforms and social networks. Among the “giants” of this move we can mention Facebook, Google, Twitter, Snapchat and MailChimp.

The reasons for this type of drastic measures revolve around the idea of ​​”providing” a supposed protection to users regarding possible scams. Said in a few words, all the crypto according to them is a scam, because ban everything related to blockchain projects is a very exaggerated generalization, and it does not agree at all because of the opinion given by some of the big positions of these companies.

We have reviewed daily here a very interesting and valuable projects whose tokenization proposals are in full development demonstrating that not everything in the crypto world is a vulgar scam. Generalizing is a sign of hidden intentions and certainly everything points to a general agenda that has upset the prices of cryptocurrencies that are still experiencing a significant decline.

The first precedent of these bans occurred in January 2018, when Facebook banned advertising related to cryptocurrencies, in what they justified as an effort to protect users against potential scams of ICOs, Ponzi schemes and other similar schemes. On that basis the other platforms have followed in their footsteps, but the taste of that movement is highly contemptuous towards the crypto market, and its impact has been remarkable.

But if we look at the overall views of the CEOs of these companies that have banned crypto advertising, what we certainly find is a suspicious inconsistency. If you’re going to ban something, you do not praise it, it’s simple. For example, Zuckerberg at the beginning of January 2018 made some positive comments about cryptocurrencies in which he highlighted the benefits they have for companies like Facebook, and the power that decentralization implies as a quality of cryptography, which empowers people.

For its part, Twitter CEO Jack Dorsey has expressed favorable views on Bitcoin in recent months. He went so far as to ensure, by way of forecast, that bitcoin could one day become the single world currency. However, we already know what has continued to be added to the policy of ban advertising to crypto projects. What makes Dorsey’s position even more annoying is that it is one of the investors in the Lightning project, a protocol that is decisively improving several aspects of the scalability of the bitcoin blockchain, making it faster and more efficient.

The point is that there is a clear disconnect between the views and the plans of the businesses themselves, and naturally arouses suspicion. Although it is no less true that scams have occurred and something must be done about it, unfortunately innovative startups with ingenious business plans are being affected, and with it the whole cryptographic universe to the detriment of technological development and innovation that is supposed to be large platforms should encourage, since they themselves come from innovation.

But if we think about the decentralization factor, the increase in people’s power in every aspect of daily life that thanks to blockchain technology and tokenization is beginning to be understood, can certainly be a threat to what humanity has known as monopolies . There are always mourners of the changes. However, everything is in full swing, in a constant learning, very empirical maybe still, but an unstoppable advance that already requires thinking about regulations that far from limiting innovation, sow a framework of minimum security guarantees for users, as for the blockchain entrepreneurs.