The browser ICO BRAVE: more than a success

In the market for blockchain solutions a little less than a year ago, there has been a singular phenomenon of financing that has been the most aggressive and successful fundraising figure. And that’s the so-called “Initial Coin Offering”, ICO.

Not a few companies that make a living in the world of Blockchain technology have been conducting their respective rounds of financing through this method these weeks. On May 31, Brave made a new ICO record with its Basic Attention Token (BAT); He sold 1.5 billion chips for about $ 36 million in just 24 seconds. With this, the browser has enough money to realize its vision of a better digital advertising industry.

Brave browser, creator of JavaScript creator Brendan Eich, wants to improve the business model of the online advertising industry with its Basic Attention Token (BAT). To do this, the browser integrates an adblocker to close ads and trackers. It then tracks the user’s attention and pays with BAT both websites and users. With them, you can purchase a variety of advertising tools and premium services on the Brave platform, which are all nominated for user attention – in BAT.

With BAT Brave gives users a share of advertising revenue. If the user gets only ten percent of the income, which globally totals about $ 100 billion a year, this would be one of the largest non-governmental redistributions of wealth humanity has ever seen. It would be almost as large as cryptography itself. Too good to be true maybe, but in current development. 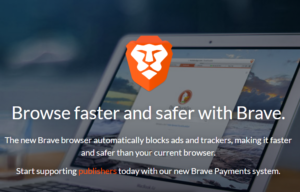 The Brave BAT ICO lasted no more than a few seconds. It happened completely in Ethereum Blockchain, which documents the transactions with which the chips were purchased. The ICO started with block 3,798,640 and ended with block 3,798,642. These three blocks passed in just 24 seconds.

In this short period of time, Brave sold 1.5 billion BAT chips. The flood of transactions filled the Ethereum blocks for about six hours and created a backlog generally known only to Bitcoin.

Popular block explorer Ethereum Etherscan closed because many people refreshed it several times per second to see if their transaction was finally confirmed.

Most participants paid high, but healthy, fees. More than any other ICO, BAT’s ICO was dominated by large investors. The two largest investors spent more than $ 4 million, another two $ 2 million and a pair of investors around $ 1 million. Four investors bought about 50 percent of the token.

This uneven distribution gave rise to criticisms of the ICO concept in general, since the combination of time and tariffs allowed a small number of investors to buy most of the tokens. However the undeniable fact is that the Brave ICO has been a historical record.

0
The world is seeing a whole new paradigm in the form of the Metaverse. Beyond static website pages to a whole new level, user-generated...
Read more
- Advertisment -
Posting....