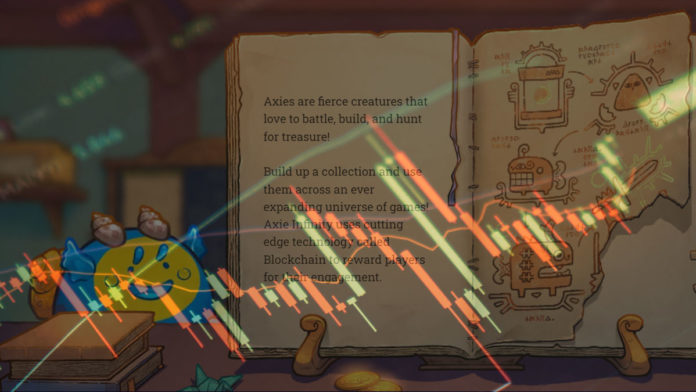 The Axie Infinity game has undergone numerous adjustments recently, resulting in a 260 percent increase in the SLP token’s value.

The creators of the play-to-earn protocol Axie Infinity have made significant improvements to the rewards system in order to make the product more sustainable for consumers.

Axies are monsters that players can acquire, breed, battle, and trade in this popular battle game. To get started, new gamers will require at least three axies, which may cost upwards of $1,000. Smooth Love Potion (SLP) tokens are earned by players and can be exchanged for in-game features like breeding new axies.

Over the last two years, the rich revenues from SLP have developed an economy and have even been the primary source of income for many users.

Unlike AXS, which is a governance token that allows holders to vote on Axie Infinity’s future, SLP has an unbounded token supply, which means there is no limit to the number of SLP tokens that can exist in the future.

This produced an unsustainable environment for new gamers, with user numbers plummeting as a result. Axie creators admitted that the Axie economy demands drastic and immediate action now, or they risk total and permanent economic collapse.

According to the Axie team, the game’s economy needs to adapt in order to maintain its long-term viability. According to Business Insider:

“We know that this is a pain medicine. The Axie economy requires drastic and decisive action now, or we risk total and permanent economic collapse. That would be far more painful. Put simply. We’ve prioritized growth and onboarding millions. Without this approach, it’s likely that Axie would have remained a small, niche game with a few thousand players.”

These issues are addressed in the “Season 20” update. Several gaming features, such as adventure mode and daily quest, have had their emission rates decreased, down from over 130 million SLP previously. This reduces the daily supply of SLP tokens by 56%.

On Axie Infinity, players can acquire SLP tokens by playing area battle, a turn-based card minigame. SLP used to breed or upgrade axies will be burned, or destroyed forever, which would substantially limit the token’s circulating supply.

The price of an AXS token has surged 44 percent to $69.28 as of the last Monday, from $47.80 around the time of the Axie revelation Thursday. Meanwhile, SLP has risen 260 percent in the last seven days.

Axie Infinity took off in 2021, as the popularity of play-to-earn games surged in lockstep with the crypto market, and AXS soared by 18,000 percent over the course of the year.