Play-to-earn games are the latest fad and Axie Infinity is the buzzword that’s haunting the cryptocurrency world. After a phenomenal rise, and two major corrections later, its gaming token AXS is eyeing for an uphill.

As opposed to other altcoins that suffered huge drawdowns following the weekend dump, AXS has managed to retain its support level and significantly dodge the bearish pressure.

Over the past week, the asset has been down by 26.26% and was currently trading at $102.5. Its correlation with Bitcoin [BTC] has been one of the major factors as to why the asset didn’t rally along with other gaming tokens such as Decentraland [MANA], The Sandbox [SAND], and Enjin [ENJ]. While the king coin struggles to gain its foothold above the $50,000-level, where does the fate of AXS lie?

Since the beginning of the year, Axie Infinity’s native token has surged by more than 250 times. It formed three major highs this year, first around $95 in September, $160 a month later, followed by $166 in November.

AXS’s decline over the month remained confined within the trendlines of a descending parallel channel. Following the completion of the pattern, a bullish breakout would enable the asset to target new highs. The dotted markers of the Parabolic SAR, on the other hand, continued to hover above the price candles resisting a potential upside break. The Relative Strength Index [RSI] bounced from the oversold region but sellers had the upper hand over the market.

However, the rising volatility is a positive sign that may flip the negative thesis. On Balance Volume [OBV] was consistently treading higher which is yet another factor that could invalidate the ongoing bearish thesis.

After a series of turbulent weeks, AXS is showing signs of normalizing at the current level. If the asset sees necessary momentum, the investors need to look out for the resistance levels of $116, $147, and $160. 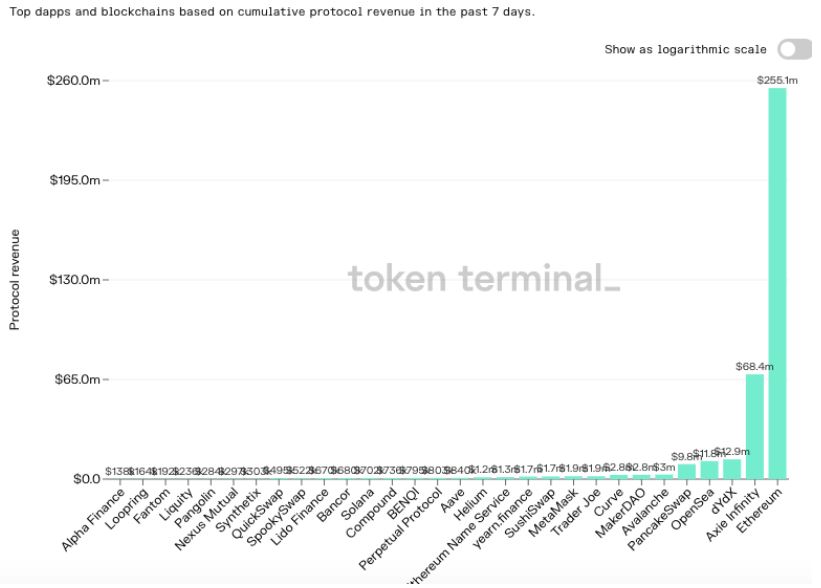 The blockchain-based game Axie Infinity has witnessed a massive rise in terms of active unique users throughout the year. This is yet another bullish narrative that not only indicates Axie’s immense popularity as well as AXS demand. The token holders have been steadily rising as well.

Amidst the chaos of corrections in the market, Axie Infinity’s protocol revenue has been climbing significantly high levels when compared to other protocols. To put things into perspective, the Ethereum network is the only one that has managed to score more revenue figures than Axie.