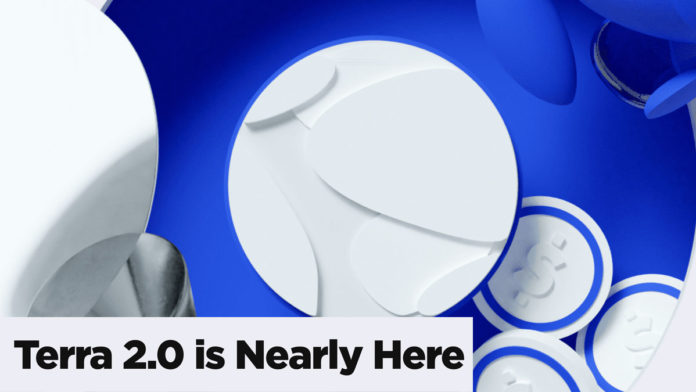 On May 27, LUNA 2.0 was scheduled to be distributed through a public airdrop. There has been an announcement from Terraform Labs, however, that it will now take place on or around May 28, 2022, at 06:00:00 GMT.

As of May 26, the “post-attack” snapshot had been taken at block 77990000 in order to allow developers 24 hours for the generation of the genesis file and the launch of the LUNA 2.0 mainnet.

A New Era for Terra

4/ An overview of events leading up to the launch:

1. TFL will share the preultimate-genesis.json file with Terra validators participating in Genesis

2. TFL will collect all gen_tx’s from validators

“To reach this point so quickly speaks volumes about our incredible community of users, validators, developers, and exchange partners 🌎 We’d like to thank each and every one of you for making this possible 🤝”

With the timeframe that we are operating under, it does not surprise the launch has been delayed. Having said so, it is also imperative that we keep in mind that a delay is not boded well for Terra’s reputation, especially after the myriad issues it has faced in the past couple of weeks.

The following steps have been laid out by Terraform Labs. The Team for the Future will release the penultimate genesis JSON file in association with the participating validators shortly. As far as TFL is concerned, it will collect all gen_tx messages from validators. There will be a supermajority of validators running simultaneously together, and a supermajority of blocks will be produced in block 1.

The Terraform Labs team has already provided answers to some of the most frequently asked questions from the Terraform community in regard to the launch of their new blockchain. In order to be fully functional at the launch of LUNA 2.0, Terra Station, Terra Finder, and Terra Observer will all be turned on.

Individual projects will announce the launch dates for their own dApps running on Terra. In the meantime, LUNA 2.0 is currently being evaluated by a selection of exchange partners for inclusion. Terra Station is where you can stake Liquid LUNA tokens in exchange for rewards.

LUNA tokens that are not vested will appear automatically in the wallets of users. Staked tokens will appear under the “stake” tab in Terra Station when they are staked. If you are a LUNA holder on an exchange, you may wish to check with your exchange about how to receive the airdrop.

There is a possibility that Terra 2.0 will help the ecosystem rise again. However, there are many things that must be done to make people aware of how Terra and the Luna project can help people as well as provide support for decentralized applications.

0
According to a Terra analyst, the synthetic asset trading protocol, 'Mirror Protocol', is a scam set up by Do Kwon to be a part...
Read more
CryptoCurrency News

0
There will be a migration and airdrop for LUNA and UST to help the community, and many exchanges will support it. Huobi, Bybit, and...
Read more
- Advertisment -
Posting....