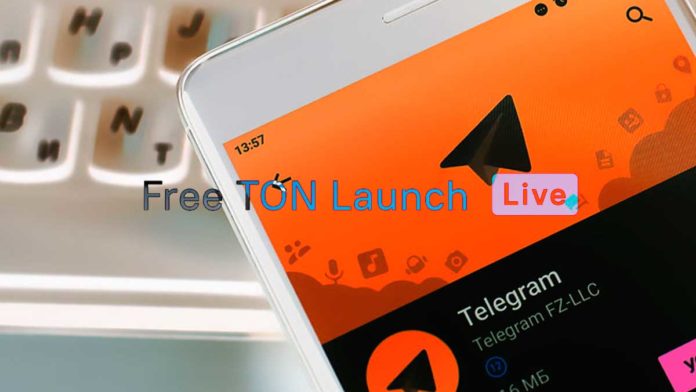 The US Securities and Exchange Commission may be rejoicing given their victory against the Russia-based privacy-centric messaging service Telegram which the US agency claimed had sold illegal securities to US investors.

This case barred Telegram from launching the highly anticipated Telegram Open Network (TON) blockchain which was initially planned to launch in October 2019.

In March this year, a New York Court judge sided with the SEC asking Telegram to drop its plans of launching TON. Now that Telegram’s plans to launch the TON are in shambles, does that mean that TON will not launch? Absolutely not! A faction of the TON community has opted not to sit around waiting for Telegram to get its act together to launch TON.

TON Labs has launched a version of the TON blockchain based on a fork of the publicly available TON blockchain codebase on GitHub. Dubbed ‘FreeTON’, the project launched on Mainnet on Thursday.

So far TON Labs has recruited 13 validators to the network and in a YouTube Live-streamed Zoom meeting on Thursday stated that they validators had created the genesis block effectively taking the Free TON blockchain live.

“The network must not be censored, it must go to the world,” said TON Labs CTO Mitya Goroshevsky.

Furthermore, the SEC had qualms about the sale of TON tokens called Grams not with the network launch itself. Free TON also has a native token which was launched together with the network. The token is called ‘TON Crystals’ or simply “TONs”. As many as 5,000,002,836 TON Crystals have been created 85% of which are to be distributed to partners and users of the network. Developers have been allocated 10% while the remainder goes towards the network validators.

To join the Free TON network, participants – whether users, partners, or developers – one has to sign the community’s Declaration of Decentralization (DOD) which is detailed on the free TON website. Anyone can join the network, however, the TON Labs are discouraging any involvement with Telegram and TON, a subsidiary of Telegram that was in charge of creating and issuing the Gram tokens to investors.

“Legal proceedings in the U.S. mean that Telegram, the initial creator of TON (Telegram/The Open Network) blockchain, can no longer be involved […] We hope that Free TON will promote the values of the free market, personal data protection, decentralized governance, censorship resistance and cooperation around the world.”

Omar Jones
Senior news editor at Crypto Economy. Responsible for research and writing breaking news and featured reports. Introduced to crypto-economy in 2016, and now educating students and investors in the blockchain industry during their free time.
NEO News

0
A few hours ago, on Tuesday, July 28th, the official Twitter handle of the Neo blockchain network alerted the crypto community about a fake...
Read more
Companies

0
A majority of investors in the embattled Telegram Open Network (TON) have opted to receive 72% of their investments back following discontinuation of the...
Read more
Regulation

0
The development of the embattled Telegram Open Network (TON) has come to an end according to Telegram founder Pavel Durov. Mr. Durov announced on...
Read more
Regulation

0
The fight between the SEC and private messenger Telegram continues and so far the US financial markets regulator seems to have an upper hand....
Read more
CryptoNews

0
Last week, upon expiration of the TON launch timeline on April 30th, Telegram sent a letter to TON investors offering them the option to...
Read more
CryptoNews

0
Encrypted messaging company Telegram is postponing the launch of its embattled blockchain project a second time following the expiration of its contract with the...
Read more
- Advertisment -
Posting....