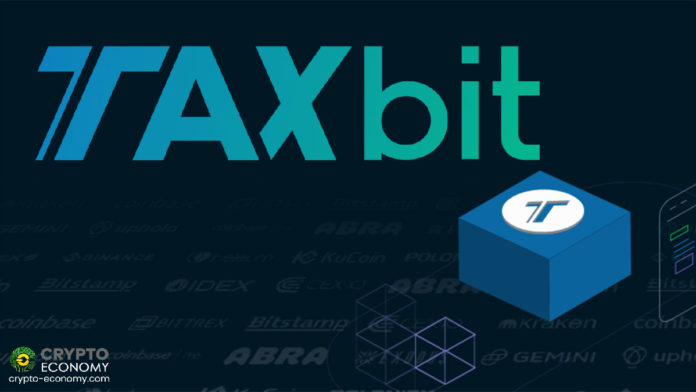 Cryptocurrency taxation is a sore matter for most users of cryptocurrency and it is becoming even more challenging as government agencies create newer rules to ensure they cover all bases.

This process has become more prevalent as Bitcoin starts gaining mainstream recognition. This phenomenon has led to increased interest towards services that help with cryptocurrency taxation and one such service provider that has seen increased user interest is Salt Lake City-based software startup TaxBit.

The company has announced the closure of a funding round with participation from leading crypto investors such as the Winklevoss; family office Winklevoss Capital, Valar Ventures, Dragonfly Capital Partners and Collaborative Fund among others.

TaxBit raised $5 million in this funding round, funds it says it will use for service expansion. In a press release on Monday, January 6th, the company revealed that is plans to bring the tax service product dubbed “TurboTax for Crypto” to a wider audience.

“TaxBit plans to use the funds raised to further enhance its products and accelerate customer growth, both in the United States and internationally in regions including Canada, UK, and Australia,” the release noted.

TurboTax for Crypto was launched back in January 2019 at a time when the US residents file their taxes which led to increased interest in the service. According to the company, the TurboTax for Crypto has been used by thousands of customers to automate their tax filings.

Austin Woodward, CEO, and Founder of TaxBit admitted that filing taxes for cryptocurrency transactions is hard and his company provides the tools to automate the process making it easier and cheaper as compared to hiring a CPA to perform the task.

“TaxBit’s software and tax experts will accurately handle all of the back-end complexities while providing users with an intuitive, user-friendly experience on the front-end,” he said about the high-level operation of the software they provide.

“Navigating cryptocurrency tax laws is a byzantine process. TaxBit’s technology eliminates this confusion and complexity by allowing crypto owners to seamlessly understand the full picture of their tax liability through an intuitive and easy-to-use platform,” Sterling Witzke, partner at the Winklevoss Capital said in a statement. “Solving for this pain point is integral to accelerating cryptocurrency adoption, and we are thrilled to back TaxBit on this mission.”

Woodward revealed that the company, as opposed to most companies offering a similar service, is created by CPAs, tax attorneys and software developers himself being a licensed CPA.

“We are very impressed with the TaxBit team and the platform they are building,” said Sean Banks, a Partner at TTV Capital. “This technology is fundamental to the adoption of cryptocurrency, as it enables the industry to progress while being compliant with tax regulations worldwide.”