Star Atlas Token Sale All Set to be Launched on FTX 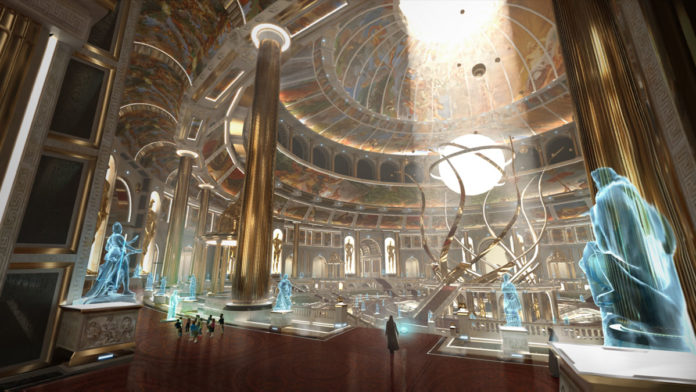 Star Atlas announced the initial offerings for ATLAS and POLIS tokens that will go live on FTX, Raydium, and Apollo-X exchanges. The initial exchange offering or IEO will go live only on the FTX centralized exchange.

Decentralized exchanges, Raydium, and Apollo-X, are chosen for the Initial Dex Offering (IDO). There is still no information about the time of initial offerings. The team only has chosen the platforms and published the detail about the number of tokens to be sold in the coming offerings.

Another Blockchain Game Coming to the Market

Star Atlas is another blockchain game with a focus on fully decentralizing the in-game economy. These kinds of projects often run IEO or IDO to sell their tokens initially and find the first users for running the community. The tokens are sold on centralized and decentralized exchanges for early adopters. Many of them just want the tokens to be the first in the projects, while others are looking for opportunities to earn some rewards from these initial offerings.

Star Atlas has decided to offer the two primary tokens of the gaming platform, ATLAS, and POLIS, on both centralized and decentralized exchanges to offer the opportunity of adoption for more people.

Like any other blockchain game, Star Atlas has NFT incentives, too. The announcement says that ReBirth meta-poster collectors will have an advantage in the initial offerings. According to the post:

Star Atlas plans to offer a new experience for blockchain game lovers. The platform has decided to sell some tokens in initial offerings to attract both gamers and traders. It can become a good starting point for them as the blockchain game industry is becoming congested, and the competition is getting hard.

0
In a recent development, popular cryptocurrency exchange FTX and social media giant Reddit have collaborated on a new project. Through this partnership, users will...
Read more
CryptoCurrency News

0
Solana is among the most popular blockchain protocols in the world. However, the network is currently dealing with a hacking attempt on its wallets....
Read more
Companies

0
It was recently reported that FTX is considering a deal for the acquisition of Robinhood Market Inc. However, the exchange has denied these rumors....
Read more
Companies

The CEO of FTX Blames FED for Crypto Market Degradation

0
The extensive bear run of the crypto market has frustrated the digital asset industry. Investors have lost severely in this bleeding market. Billionaire and...
Read more
Companies

0
In an announcement made today at the FTX exchange, it was announced that FTX Japan was being launched to serve Japanese customers. As a...
Read more
- Advertisment -
Posting....
We use cookies to ensure that we give you the best experience on our website. If you continue to use this site we will assume that you are happy with it.OkPrivacy policy