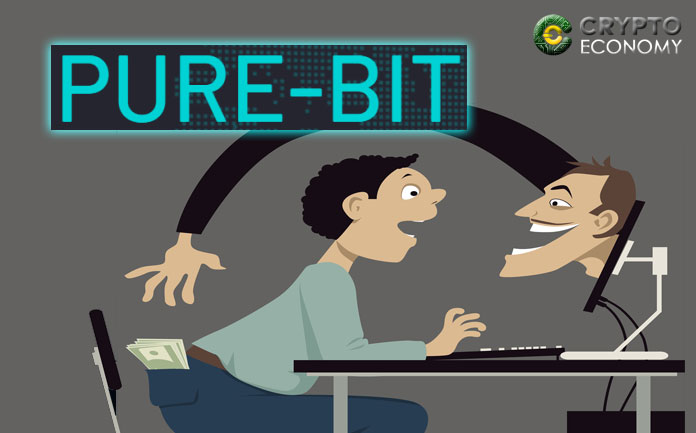 PureBit, a newcomer to the cryptocurrency exchange scene has just vanished with its founders pulling an exit scam on its private sale investors stealing thousands of ethers (ETH) in the process.

First reported by Korean blockchain news outlet Blockchain ROK (BROK), the founders did make away with 13,000 ETH of investors’ funds. PureBit was scheduled to be launched towards the end of November this year.

Confirming this scam, the CEO of PureBit took to his social media profile on popular Korean social media network Kakao and changed his/her name to “I’m sorry.” The exchange’s Facebook page has also been shut down and its website remaining unreachable.

Most investors took to their social media pages to express their hate and disappointment over the matter.

The proposition behind the exchange was that the founders were launching an exchange in a similar manner to how Binance was launched. They were issuing exchange tokens to investors in exchange for a dividend-based scheme. The token holders were entitled to profits earned by the exchange from trading fees.

Also, the founders had promised to give a 30% discount on trading fees for any trader with PURE tokens (the native tokens for PureBit exchange). Finally, perhaps the reason why the ICO may have attracted the most interest from investors, the whitepaper had promised that the exchange would ‘burn’ 90% of the outstanding tokens after the ICO for the next 3 years. Burning tokens have a deflationary effect whereby the remaining tokens become more valuable.

The 13,000 ETH stolen is currently worth an approximate $3 million. A closer look at the code running the smart contract, experts have discovered that the developers had avoided locking the funds in the ICO wallet which would effectively allow them to send the funds to personal wallets at any time.