Home CryptoNews Shiba Inu Announces the Launch of Shiberse, the Metaverse of the Project
CryptoNewsFeaturedMetaverse 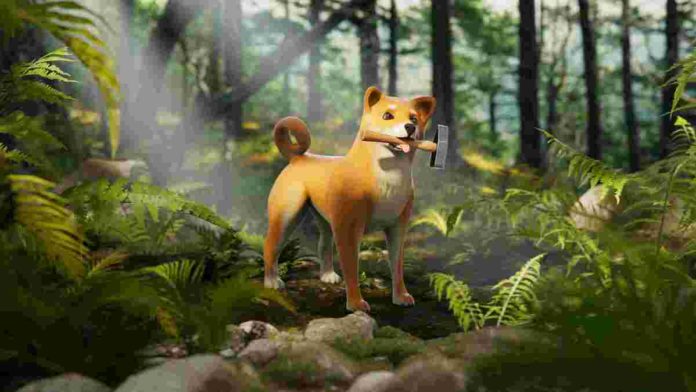 Shiba Inu has revealed the first special surprise of 2022 for its fans with the announcement of its metaverse project, Shiberse.

Shiba Inu, also known as Shib, the team behind the SHIB token ecosystem, in an announcement on Twitter on Monday, January 25, hinted about the upcoming Shiberse, the native metaverse project of the platform. It is expected that Shiberse would be the first release of the year to its ever-growing and expanding ecosystem.

As promised, we are so excited to announce our first special surprise for the year #ShibArmy!

In 2022, we are reaching new heights and welcoming the #Shiberse 🌎. An immersive experience for our ecosystem and the Metaverse space!

We can't wait to show you more. Woof! 🐶 pic.twitter.com/tCRQ1m1RiT

“As promised, we are so excited to announce our first special surprise for the year #ShibArmy!

In 2022, we are reaching new heights and welcoming the #Shiberse. An immersive experience for our ecosystem and the Metaverse space!”

Currently, there are not many details available about this upcoming metaverse project. The team shared a picture in which the SHIB dog holding an axel hammer in its mouth gives an impression that it’s ready to mine. In a message posted on the Shiba Inu community’s official Discord servers, ShibaSwap developer Eric M said that Shiberse would be a place where different puzzles of the Shia Inu ecosystem that includes tokens, the decentralized exchange, and games, will come together.

The community says that the Shiberse is a hope in these dark times as the recent crypto market crash is pouncing heavily on every crypto lover. The price of the SHIB token recovered almost 12% from the intraday low of $0.00001865 following the announcement.

Shiba has Much More Up Its Sleeves

Shiba Inu’s flagship token SHIB is called Dogecoin killer. Although Dogecoin [DOGE] led the meme coin run in 2021, the crypto community believes that SHIB is undoubtedly poised for a good run in 2022 as it has several releases up its sleeves.

Besides this metaverse project, the other much-anticipated release is the launch of Shibarium, the native layer-2 scaling solution to circumvent high Ethereum gas fees. Shibarium is expected to be released in April 2022 that will allow users to spend more money on utility than wasting them on gas and transaction fees.

Developments around NFTs are also in the pipeline. According to some sources, Around 10,000 unique Shiba Inu NFTs would make their debut in 2022 and light up the SHIB community with the artwork. An NFT platform named Shiboshi NFTs may be around the corner.

Another anticipated release in 2022 is ShibaNet, a decentralized marketplace that allows users to buy, sell, and trade goods using the in-house ecosystem. Shiba has also struck a strategic partnership with Australia-based PlaySide Games to develop a multiplayer Collectable Card Game that is reported to be powered by Shiboshi NFTs to bring NFT activity into the game. As Crypto Economy reported, some of these product expansions were first hinted by Shytoshi Kusama in November 2021.

0
Abdulla bin Touq Al Marri, UAE Minister of Economy, launched the Ministry's headquarters in the metaverse which is the "digital twin" of the department's...
Read more
CryptoCurrency News

0
The much hyped collectible card game (CCG), “Shiba Eternity”, is now available on the Google Play Store and the Apple App Store in Australia. Over...
Read more
Companies

JP Morgan is Looking to Hire a Crypto and Metaverse Specialist