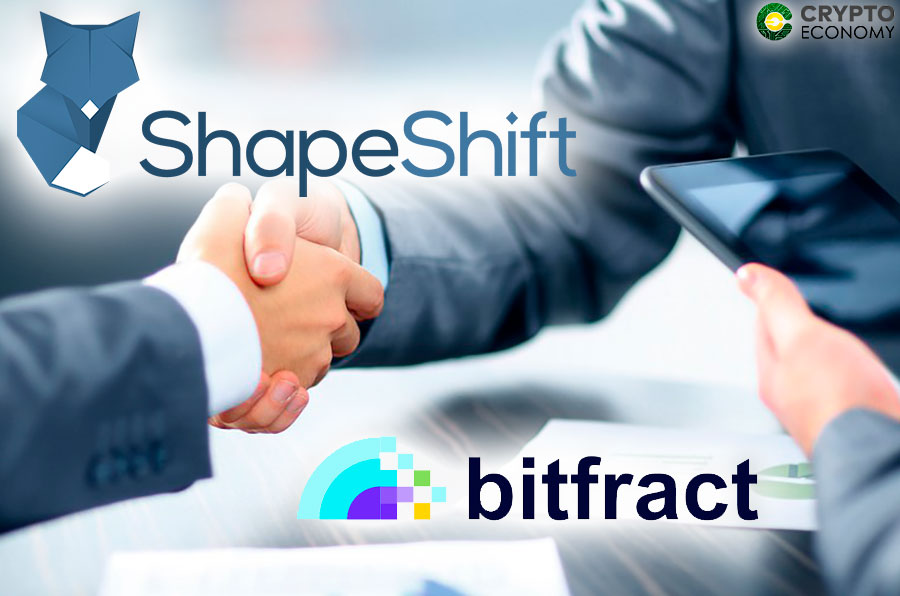 Swiss cryptocurrency exchange ShapeShift announced the acquisition of American startup Bitfract, in order to increase their offers and improve their services, by implementing a feature that will allow users to trade bitcoins for dozens of digital assets, in just one transaction.

Via an official statement, it was made public the purchase of the Texan-based company, which is responsible for the development of the tool that is desired by the Swiss exchange; and that it was created not only to simplify the operations in users’ e-wallets, but to save them time and money. Erik Voorhees, founder and CEO of ShapeShift, expressed: 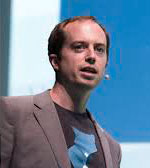 “The Bitfract team made expert use of ShapeShift’s open API to build a product that we ourselves were planning to build. “This demonstrated a great alignment of strategy and thinking, and their execution was so exceptional that we wanted to bring their talented team and technology on board.”

Because of this, Bitfract’s tool will be activated following its acquisition and will be incorporated into the exchange’s central platform in the near future. Willy Ogorzaly, Co-founder and CEO of Bitfract, declared: 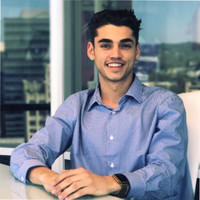 “We believe in a decentralized future where individuals freely control their digital wealth,and our team is honored to work alongside Erik and everyone at ShapeShift to make this a reality.”

According to the statement, the procedure to acquire altcoins through Bitfract will consist on selecting an entry digital coin – momentarily, only Bitcoin (BTC) is available, but other options such as Ether (ETH) and Litecoin (LTC) will be available in the upcoming months – then, the user will have to select the altcoins to obtain and the percentaje of bitcoins to exchange.

An altcoin is a cryptocurrency that derivate from Bitcoin’s source code, and its denomination comes from the simplified construction of the words “alternative” and “coins”. As of yet, the exchange has 64 different altcoins to choose from – with STEEM out of the game due to not being available yet – and aiming to expand its portfolio.

With this announcement, ShapeShift is demonstrating its users the compromise it have with them and the crypto industry. It is worth remembering that the company, along with Blockstack, offered developers $ 50,000 in prize if they were able to create a universal wallet for all digital currencies.

Initiatives like this represent the unstoppable growth of the Blockchain technology around the world, encouraging the adaptation of countless platforms in order to promote and facilitate the use of cryptocurrencies, which in turn stimulates the acceptance of these as a payment method to purchase goods and services only paid for with fiat currency in the past.

Altcoins to Watch out: FOX Blasts Past 200% Gains After ShapeShift Announcement

0
ShapeShift announced a big change in the corporate structure to move to a community-based system that resulted in %200 gains for the FOX token. The...
Read more
Companies

ShapeShift Enables Crypto Purchases in the US Using Debit Card

0
Non-custodial cryptocurrency trading platform ShapeShift has launched its FOX token this week that will allow hodlers of the token to trade on the ShapeShift...
Read more
Companies

0
Bitcoin.com, the main source of everything related to Bitcoin, reported that it has integrated the ShapeShift API to allow its users to exchange Bitcoin...
Read more
- Advertisment -
Posting....