Home CryptoNews Technology Shanghai Government Teams Up With Local Banks and Other Stakeholders to Form...
FeaturedCryptoNewsTechnology 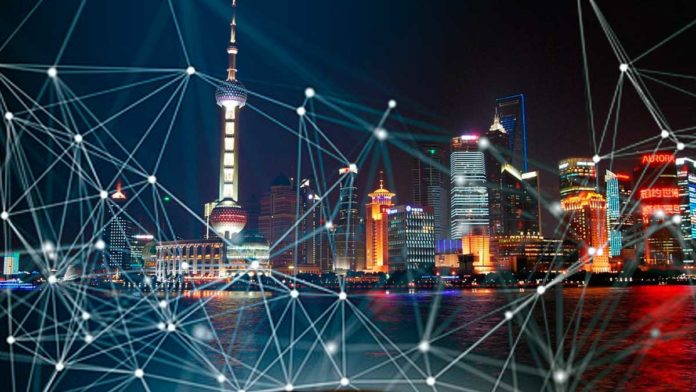 In a bid to spearhead the application of blockchain technology in their areas of business, the Shanghai Government, local banks, and other stakeholders have teamed up to fast track its integration.

However, to succeed in their new venture, they have formed a blockchain alliance whose primary role is to work on the integration of blockchain technology in Shanghai’s E-Port area.

The blockchain alliance is made up of the Local Shanghai government departments, six banks, and Shanghai Customs.

The commercial banks include the Bank of Communications and the People’s Bank of China. The signing of the alliance took place during the second China International Import Expo (CIIE).

A fact echoed by Chen Huifang, a professor at the College of Information Science and Electronic Engineering of Zhejiang University who said;

“The decentralized and distributed accounting features that come with blockchain technology will come in handy at helping share information during business deals. Furthermore, the technology would make international coordination of business deals easy for the government and other stakeholders, but that’s not all. The additional features of blockchain technology would improve the efficiency clearing process at customs, promote trade facilitation, and also reduce overall operation cost. “

Although the CIIE and the customs office are embarking on their first blockchain-based project, the integration of blockchain will complement other business areas already using the technology in Shanghai. Blockchain technology is already in use in Shanghai’s intelligent manufacturing sector, internet of things, digital supply chain, and the digital insurance sector.

Similarly, the technology is also in use at the newly launched cross border Yuan trade financing services. However, now, through the blockchain alliance, Shanghai will revolutionize its way of doing business with the world at a significant level by leveraging blockchain technology.

However, despite all of the above, other projects are also up and running. It is only recently that news of a cross-border financial services platform in Nanning, South China’s Guangxi Zhuang Autonomous Region project hit the public domain. The latter is on trial mode, but its success will open doors for more integration.