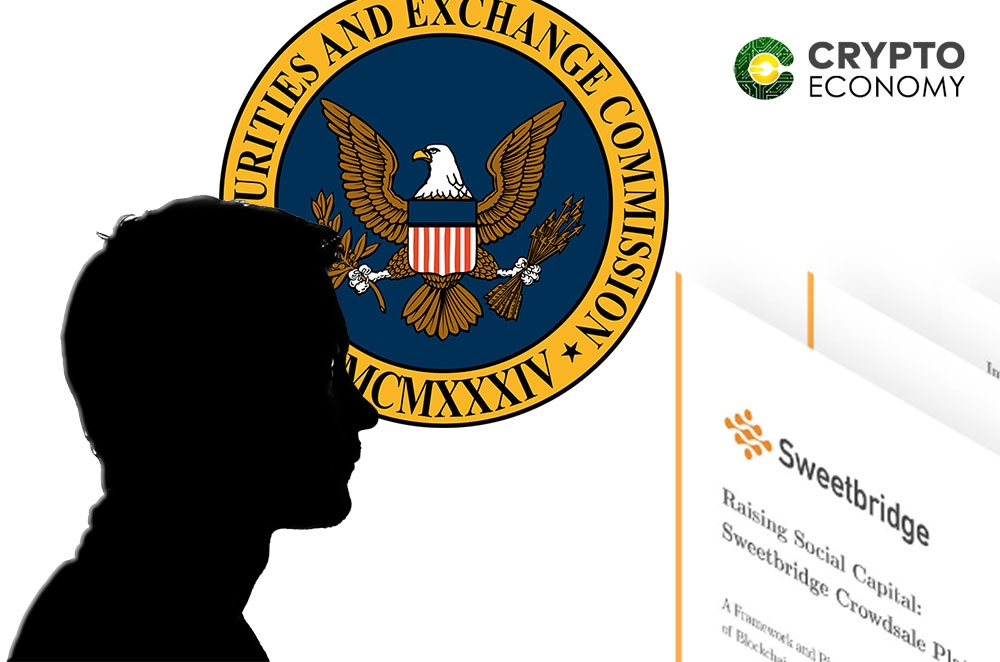 Scott Nelson’s experience with SEC officials is an eloquent testimony  why genuine companies whose projects can add value to the community should move to defend such ideas to regulators and not wait until they’re halted. The Sweetbridge CEO had a meeting with SEC officials at the behest of the agency to explain the purpose of their ICO. Unlike many CEOs that would have sent their attorneys, Nelson was present at the meeting with SEC representatives.

The Sweetbridge lawyers had earlier asked him to stay away but he was of the opinion that he was better suited to explain the company’s project than the attorneys. “I felt that CEOs should not be over reliant on attorneys in issues such as this. I didn’t think lawyers would be able to represent what we’d like to do”, he said.

SEC had begun widespread investigations on crowdsales involving cryptocurrencies to determine if such ICOs have breached securities law of the United States. This has raised a debate on when tokens are securities or utilities. The agency has halted a few ICOs while many others have been constrained to issue their token to non Americans.

The SEC meeting according to Nelson showed that the agency has good understanding of the cryptocurrency ecosystem and the issues facing it. The all attorney representatives of SEC started by asking that Nelson explained the company’s business model without talking about the token, apparently to better understand how the business would serve the need of their clients and possibly classify it.

“At Sweetbridge, we were worried that regulators could impose rules that may drive us out of business”. He said the company planned to introduce two coins: a stable coin and another currency that would enable clients take advantage of capital locked up in a logistics supply business.

Although SEC officials didn’t give a particular verdict on the Sweetbridge business model, Nelson said he was happy to have been at the meeting. He hopes to get some assurances from the agency that they wouldn’t stop Sweetbridge ICO nor constrain them.

Nelson advised startup founders to reduce overdependence on lawyers and speak up for their concepts. “SEC is more interested in how businesses will add value within the ambit of the law than stopping them from rendering beneficial services to Americans. This was evident from the smart questions the agency officials asked and the direction of the trend of such questions”. He said that the officials were very knowledgeable about the crypto ecosystem and made quick inferences on presentations he made on behalf of Sweetbridge.

The high point of the interview with Scott Nelson is his recommendation that CEOs move out and meet with regulators to explain their business models when they feel they shouldn’t be classified as securities. There are groups of lawyers that are planning to meet with the agency to raise the case for ICOs. Nelson said that depending on groups of attorneys is not different from the centralization that the industry seeks to break away from.

0
The SEC's approval and the debut of two Bitcoin ETFs last week was no less than a monumental step towards greater adoption. Leveraging the...
Read more
Regulation

0
SEC Chairman Gary Gensler said that he was open to Bitcoin Exchange-Traded funds (ETFs) but with the strict SEC’s rules for mutual funds. He believes that clear regulation will help cryptocurrencies to achieve mainstream adoption.
Read more
- Advertisment -