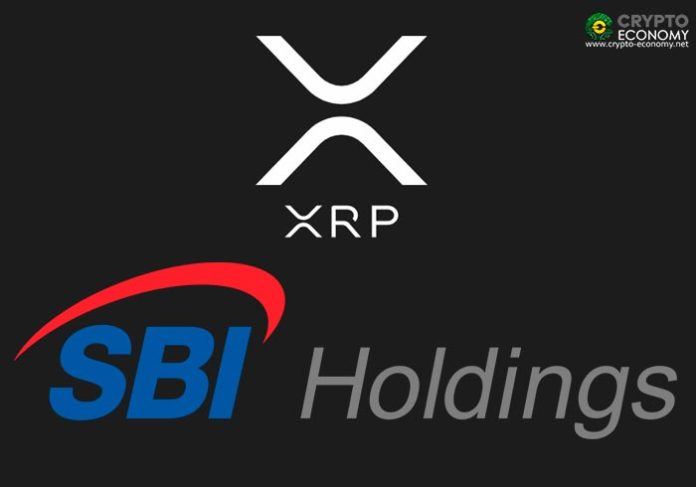 The announcement was made on the news page of SBI Holdings’s Website on August 28, 2019. The company has decided to present the virtual currency XRP as an Interim Shareholder Benefits Tool that will serve eligible shareholders.

The partnership between Ripple and SBI Holdings will run a joint venture, SBI Ripple Asia, to promote XRP adoption in Asian markets. The announcement says:

“We decided to increase the interim dividend, and at the same time, decided to present the virtual currency XRP as an intermediary shareholder benefit program.”

An excerpt about eligible shareholders, from this news release, reads:

“30XRP virtual currency XRP for shareholders who hold one unit (100 shares) or more as recorded or recorded in the shareholder register as of September 30, 2019 (30 credits) will be presented.”

According to the document, the purpose of this campaign is to return profits to shareholders, as the company will continue to increase dividends for the 10th consecutive period until the end of the fiscal year and this shareholder benefit will also be available at the end of this fiscal year. year. The documents also read:

“The Company has applied for market changes to the Tokyo Stock Exchange First Section, and will use September 30, 2019, as the record date for further profit return to shareholders.”

Discussing the importance of crypto assets, the news release reads:

“Virtual currency (cryptographic assets) is already used globally in various situations such as settlement, remittance, and operation, and in particular, the practicality of virtual currency XRP, which is used for efficient global remittance, will further increase in the future. As a result, we believe it will be one of the important asset classes in asset management.”

SBI Holdings, a financial services company group based in Japan, is also operating a My Virtual Currency app which provides virtual currency price information and related news as the company’s management philosophy is focussed on providing accurate asset formation for each of its investors.

The President and CEO of SBI Holdings, Yoshitaka Kitao, is also a member of the board of directors at Ripple.

0
Ripple made an announcement of a partnership with FINCI. The leading enterprise blockchain and crypto solution provider, Ripple will collaborate with the Lithuanian online...
Read more
CryptoNews

0
LUNA prices are still in red at spot rates. Like the rest of the cryptocurrency market, the coin is under immense selling pressure, sliding...
Read more
- Advertisment -
Posting....
We use cookies to ensure that we give you the best experience on our website. If you continue to use this site we will assume that you are happy with it.OkPrivacy policy