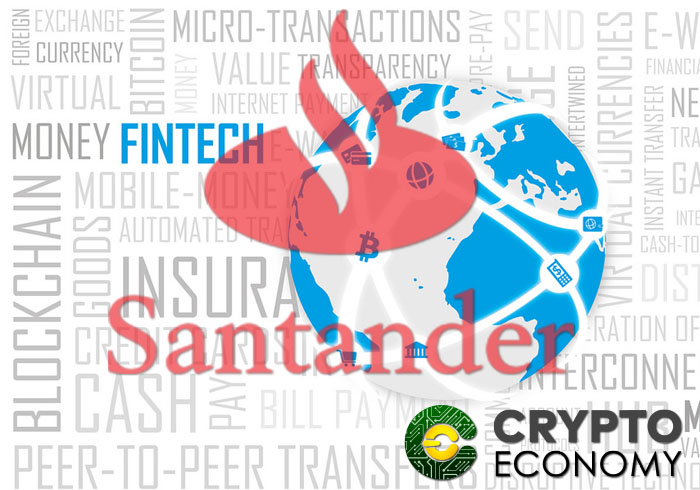 Banco Santander has informed through a press release the launch across 4 countries of the first international transfer service through blockchain. The service that has been tested internally for several months will be called One Pay FX.

This service will make it possible for international transactions between individuals to be made in a much faster way reaching the recipient on the same day or occasionally the next day, in addition to having less costs.

The first countries that will be able to use the service are Spain, the United Kingdom, Brazil and Poland, in which it is already available and, as they have informed, they plan to launch it in other places before the summer.

Banco Santander had already announced their intention to be the first large retail bank to make cross-border payments using the blockchain technology, if no one were to beat them to it.

“One Pay FX uses blockchain-based technology to provide a fast, simple and secure way to transfer money internationally – offering value, transparency, and the trust and service customers expect from a bank like Santander.

Transfers to Europe can be made on the same day and we are aiming to deliver instant transfers across several markets by the summer.

Our goal is to help the thousands of people who use international payments services every day, and we will be adding more currencies and destinations in the coming months.

Blockchain technology offers tremendous opportunities to improve the services we offer our customers, and the launch of Santander One Pay FX is the first of many potential applications.”

One Pay FX will use Xcurrent

This service will use XCurrent, a business software intended for banks to send and receive cross-border payments, which also includes end-to-end tracking and bidirectional messaging.

The software was created by Ripple, a company that has been collaborating with Banco Santander in this project since 2015.

Another feature of this service is that its users will be able to know the exact amount that will arrive in the currency of the recipient before confirming the transaction.

Once this service is launched they want to add new functionalities during the coming months such as the possibility of making instant transfers before the summer arrives, which would make Santander One Pay FX one of the fastest international transfer services available.

0
Ripple is partnering with another company in Singapore to expand its services for cross-border payments in the Asia Pacific. The new partnership is aimed...
Read more
Reviews