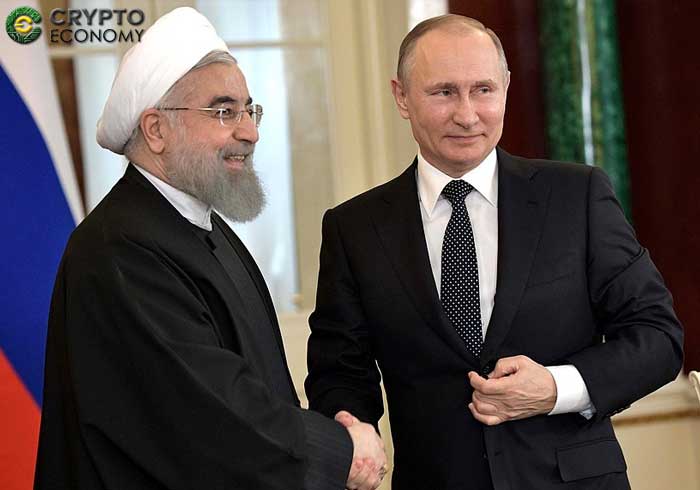 It is well known that the trade sanctions that the US has imposed on the Iranian regime have been causing the latter to seek to develop alternatives for its development, effectively evading those sanctions and their effects.

Russian experts in cryptography will provide their knowledge to Iran to bet on the development of the crypto-economy in that country. This contribution is part of an agreement reached by representatives of leading industry organizations of the two countries, both subject to Western sanctions.

The agreement was signed by the Russian Association of Cryptoindustry and Blockchain (RACIB) and Iran Blockchain Labs (IBL), the latter an innovation center responsible for the implementation of digital technologies in the Islamic Republic’s economy, was established by the University of Sharif technology and has the participation of the Central Bank of Iran.

In this opportunity the Iranian developers can take advantage of the vast experience of the Russians in terms of blockchain and will certainly achieve results.

On the other hand, international analysts assure that the situation around the sanctions of the United States is much more complicated than in Russia. Recently it was learned that the country was separated from the SWIFT system, but Pripachkin revealed that an Iranian alternative to the global inter-bank network is currently in “active development,” while Russian legal experts have aroused interest in supporting Tehran’s efforts to legalize and regulate its incipient cryptographic sector.

The news about the Russian-Iranian agreement comes days after Iranian financial institutions were denied access to SWIFT, the international system that allows banks to transmit messages and transfer cross-border funds.

This new measure harshly curtails the options for international payments to and from the Islamic Republic, which is also one of the most important oil and gas exporters in the region and the world. The decision to implement it was made after, in early 2018, the administration of US President Donald Trump withdrew from the Iranian nuclear agreement and reintroduced harsh economic sanctions against that nation.

For its part, the Iranian authorities, which initially opposed the spread of cryptocurrencies and related technologies in the country, recognized in global currencies the opportunity to evade the sanctions imposed by North America. In September, Tehran took steps to legalize cryptocurrency mining as an economic activity and regulate the importation of mining equipment.

Meanwhile, it was reported that several global exchanges of cryptocurrencies have also excluded Iran from its lists of supported countries. But in view of this scenario Iran intensified its plan to introduce a national cryptocurrency. In recent days Iranian officials announced that the country has completed the development of a digital currency backed by the Iranian fiat currency, the Rial.

Iran can take advantage of the experience of Russian blockchain developers. A characteristic aspect of crypto-economics is its supranational character which can be used to elude sanctions and restrictions. In the current geopolitical situation, this potential begins to be used by the so-called dissident countries. The story just begins.