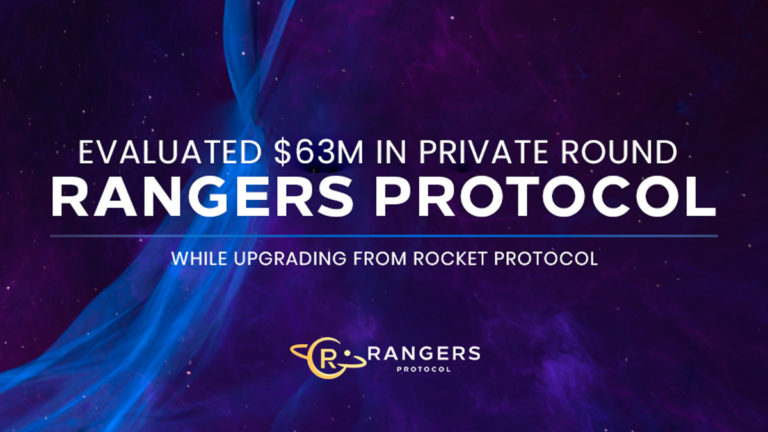 Rocket Protocol announced an upgrade alongside a private investment round and evaluation. The protocol is now named Rangers Protocol.

The private investment round resulted in a value rise, and the protocol is now valued at around $63 Million. The new changes come with complete rebranding and design, which shows the start of a new era for this virtual world blockchain infrastructure.

Rocket Protocol started its services as a virtual world blockchain infrastructure. The services are inspired by MixMarvel. There are various components like cross-chain protocol, NFT protocol, and EVM protocol that shape this protocol. Businesses used Rocket Protocol to explore the blockchain world and create content without worries about limitations.

The protocol is now rebranded to Rangers Protocol with changes on numerous elements. Optimizing and upgrading all basic elements from the official website and logo to VI design and naming are the most important changes in the rebranding. Besides, Rangers Protocol has kind of a different essence than Rocket Protocol.

The first services in the Rocket Protocol were focused on the NFT industry. The team behind it was successful in helping the MixMarvel ecosystem improve some projects like Hyper Dragons and HyperSnakes. The new version focuses more on the needs of developers and provides new tools like REVM, VRF+BLS, Relay Chain, and an NFT protocol.

According to the latest announcement, Rangers protocol now focuses on a wider user base:

“Today, Rangers Protocol has broken through the ecosystem boundaries. It serves all entrepreneurs worldwide who desire to explore the blockchain world. MixMarvel, the Rangers Protocol’s incubator, believes that NFT will eventually develop in the direction of large-scale human collaboration. Rangers Protocol uses this as a driving force to continuously optimize and upgrade its technology, allowing pioneer developers to try out more diverse content and applications within the Rangers Protocol ecosystem without permission.”

A new VI design is another important change in Ranger Protocol’s latest rebranding. The logotype and colors are changed to show the new mission statement of the protocol. There are many steps forward in the patch for the protocol. There will be community organizations to help the product achieve full decentralization. Ecosystem Governance Foundation, Developer Community, and Pioneer Investment Alliance are the new parts that will be launched soon for Rangers Protocol.