Ripple’s CEO says Coinbase should add XRP to its list 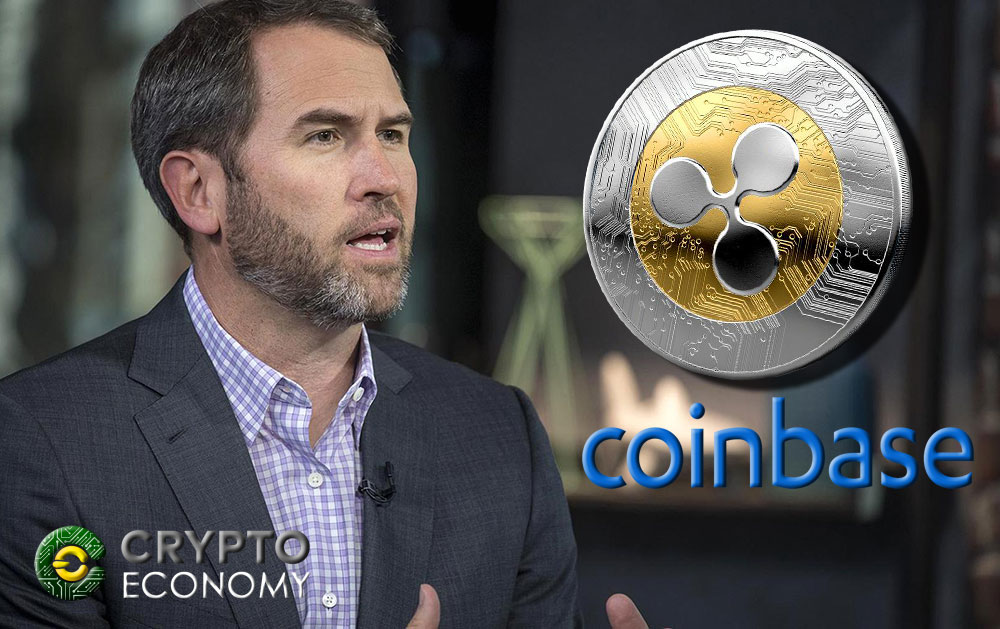 The native cryptocurrency of Ripple, the XRP, should be integrated in cryptocurrency exchange Coinbase, according to Brad Garlinghouse, figure of the company that oversees the development of this network.

Brad Garlinghouse, billionaire and CEO of Ripple Labs, has stated in an interview with Jeff John Roberts from Fortune at CB Insights Future of Fintech conference in New York that XRP is currently becoming a solution for major banks and other financial institutions, and according to him, Coinbase should be interested to implement it in its platform.

“As we solve problems at scale for institutions, I think it’s in Coinbase’s interest to participate in that,” said Garlinghouse.

He also asserted that the XRP is not a security, emphasizing that it exist independently of Ripple. In fact, according to him, the cryptocurrency would still be working around even if the company ceased to exist, because it serves a technological purpose, which is facilitating transactions of money, contrary to traditional securities like stocks, which are unable to do so.

In addition, Garlinghouse explained that holding XRP does not entitle a stake in the company. “I don’t think that our ownership of XRP gives us control. Saudi Arabia owns a lot of oil—that doesn’t give them control of oil,” he said.

All of his explanation is in reference to the consensus algorithm of XRP, which is different to that used by other cryptocurrencies like EOS – based on the proof-of-stake (PoS) consensus algorithm that distributes the control and the emission in relation to the participation of currencies that each node has.

What can stop Coinbase from implementing XRP?

However, it looks like his reasoning is not enough for the crypto-exchange to list it in its platform, and there is a simple reason for that: the US Securities and Exchange Commissions (SEC) has not decided on the categorization of this crypto asset.

Why is this so important? The president of the Chicago Board Option Exchange (CBOE), Chris Concannon, explained that the classification of tokens as securities would give the governmental body green light to go after both investors and distributors of tokens.

“The reckoning will come in two waves. First, the SEC will go after ICO market participants. Then, class-action lawsuits against the teams behind ICO projects will surge. The actual party that offered the unregistered coin, they could have been involved in issuing an unregistered security. Anyone who sold that off could be deemed an unregistered underwriter. If you sold someone an unregistered security you are liable to them if they decide to take them to court,” said Concannon.

So, unless the SEC gives a proper clarification on the matter, chances are, Coinbase isn’t adding XRP to its platform anytime soon.