Home CryptoNews Ripple - TransferWise to stay away from Blockchain technology until Ripple...
CryptoNewsFeaturedMarkets 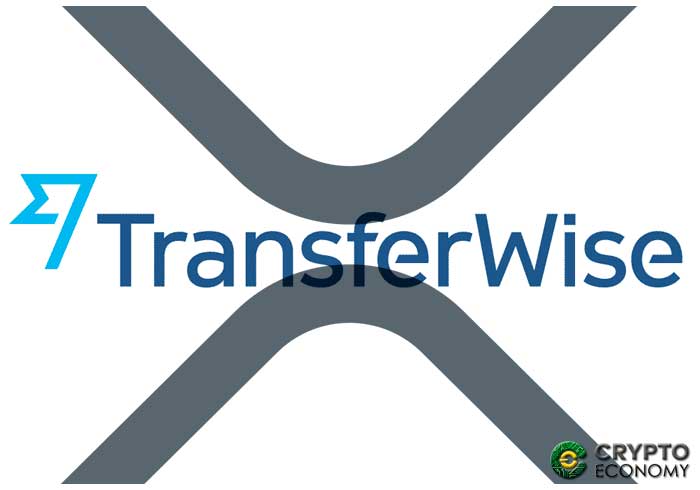 CEO and co-founder of the renowned money transfer service TransferWise, Taavet Hinrikus, recently said that after studying Ripple’s high-speed payment solution RippleNet, he has found no reason to use it given its current adoption’s level.

In an interview with Fortune’s “Balancing the Ledger”, Hinrikus confessed to be very enthusiastic about the Blockchain’s possibilities and what it had to offer, but that its current operational realities represent a new set of challenges on their own.

“We’ve looked at different blockchain technologies, yet we haven’t found anything which enables us to do what we do in a way that is cheaper or faster”, he said.

Likewise, the Co-Founder of the UK-based corporation gave his views about Ripple and RippleNet, a platform that like his, facilitates the realization of cross-border payments between banks almost instantaneously but using Blockchain technology, and does not consider it better than the alternative that TransferWise currently offers, emphasizing its adoption’s levels.

“If every bank in the world was going through the Ripple network, it would be amazing. Yet how many banks are using Ripple today in production? It’s a very short list. In that sense we’re big supporters of Ripple or anything else and if any of these gets enough adoption, and it actually materially helps us do things cheaper and faster, we’d love to, but so far we haven’t found one”, he argued.

Curiously, his appreciation is similar to that of Western Union’s CEO Hikmet Ersek, who said last June that his company put Ripple to a six-month trial period without seeing any real benefits.

TransferWise is a money transfer service developed in Estonia and based in the United Kingdom which was released in January 2011 by Kristo Käärmann and Tavett Hinrikus. It currently transfers money between more than 70 countries and has offices in several cities, including New York and Singapore.

It supports more than 300 currency routes around the world, as well as multiple currency accounts and processes high-speed cross-border transactions for a 1.5% commission, so they see very little benefit in the adoption of Blockchain technology, at least in the short term.

To maintain that commission, they have given up a big part of their branches general expenses and now offer most of their services via online, while using state-of-the-art technology to keep the process running smoothly.

Its key innovation was their own payment network construction, which allows them to bypass the SWIFT system in which banks around the world trust to transfer money between them. By eliminating the intermediary, TransferWise can transfer money directly between customers’ bank accounts.

For its part, Ripple has recently revealed its agreements with major banks such as PNC Bank, Santander, and several others, in order to incorporate RippleNet to their products and services lists, even though most of its banking clients are located in Asia.