Ripple partners up with the largest fintech firm in Israel 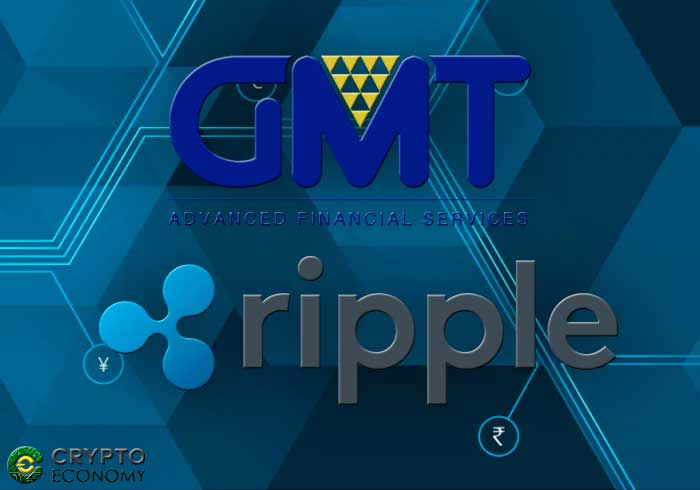 Despite the imposing reign of the bear haunting the cryptocurrency community in recent times, Ripple is showing no weariness of confidence in the future of both its system and cryptocurrency by relentlessly pursuing advantageous partnerships with big players in the financial sector. A recent manifestation of this is the interesting partnership the company has formed with the largest fintech firm in Israel, GMT.

Some of the renowned entities include Moneygram, the Canadian Imperial Bank of Commerce (CIBC), Unicredit, National Bank of Abu Dhabi and AKBANK. GMT expressed excitement in an official press release, saying that:

“With this partnership, GMT will be establishing its place in the forefront of the FinTech industry in Israel. It will also work hand in hand with some of the leading companies in the world.”

The press release went on to hail the probable fruits offered by the strategic partnership in the following words:

“By working with Ripple and its partners, we would contribute to creating a global financial system using high-end values and technology that will be affordable and transparent”.

Ripples high-end technology and superior performance has made a good number of experts from across the globe to look upon it as worthy competitor the older and more established cross border transaction systems like that of Swift in the near future. Furthermore, the high profile partnerships formed in the past 1 to 2 years provide an edge that has enormous potential to accelerate the blockchain’s popularity and rate of growth.

GMT has been in the financial services sector for more than 17 years now and has distinguished itself as a revered provider of a wide range of services. It also seems that experience is not the only big thing associated with GMT as it also boasts a sheer physical size of 250 branches across the country.

Remittance services constitute the lion’s share of the firm’s business as other services such as foreign exchange, medical insurance, credit cards and other services extend its reach towards extra dimensions.

This development demonstrates Ripple’s stone-cold dedication to devising the best system for cross border payments as expressed earlier by one of its regional directors at the recent BlockOn conference.

“Just cross-border remittances is a $155 trillion problem. We’ll solve this first. We’ll make a difference to everybody who is present in this room. And once we have made the difference, only then we will look at something else”.

0
STEPN (GMT) is a "move-to-earn" token based on the Solana (SOL) blockchain that has skyrocketed since its market launch in March. GMT's price soared 34,000...
Read more
- Advertisment -
Posting....