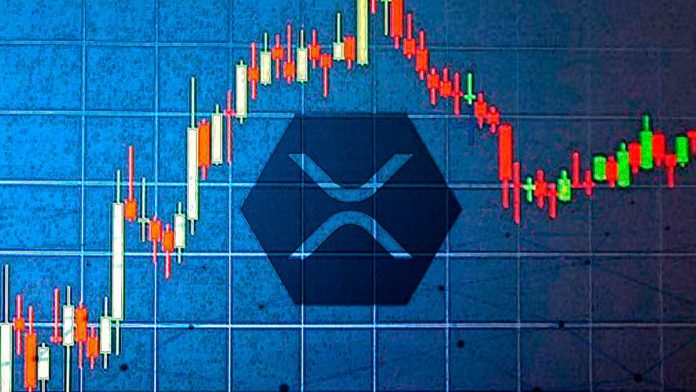 Ripple prices weren’t spared the hammer of the end of last week. Following the trend of other crypto assets, XRP is down double digits week-to-date. However, the steadiness of XRP prices over the weekend could help the bulls’ cause. As it is, the path of least resistance is defined; sellers are in the driving seat.

Thus far, there are small wins for XRP holders who were granted the Amicus Curiae status by Judge Sarah Netburn’s ruling. Using this status, John Deaton, the lawyer representing more than 50k XRP holders, plans to use this newfound status.

The judge said details from a previous meeting weren’t protected by deliberative process privilege (DPP). John now wants to know what was discussed and whether XRP, Bitcoin, or ETH was a topic of discussion. Accordingly, he has filed a FOIA request on the same.

Although the crypto community thinks the ruling was mixed, the attorney is optimistic this was a big win for Ripple and XRP holders.

The biggest victory for Ripple and #XRPHolders, from Judge Netburn’s recent decision, isn’t necessarily the email with the Draft version of the Hinman speech. The most significant victory could prove to be the notes from meetings with 3rd parties not associated w/ Ripple.

“The biggest victory for Ripple and XRP Holders, from Judge Netburn’s recent decision, isn’t necessarily the email with the Draft version of the Hinman speech. The most significant victory could prove to be the notes from meetings with 3rd parties not associated w/ Ripple.” 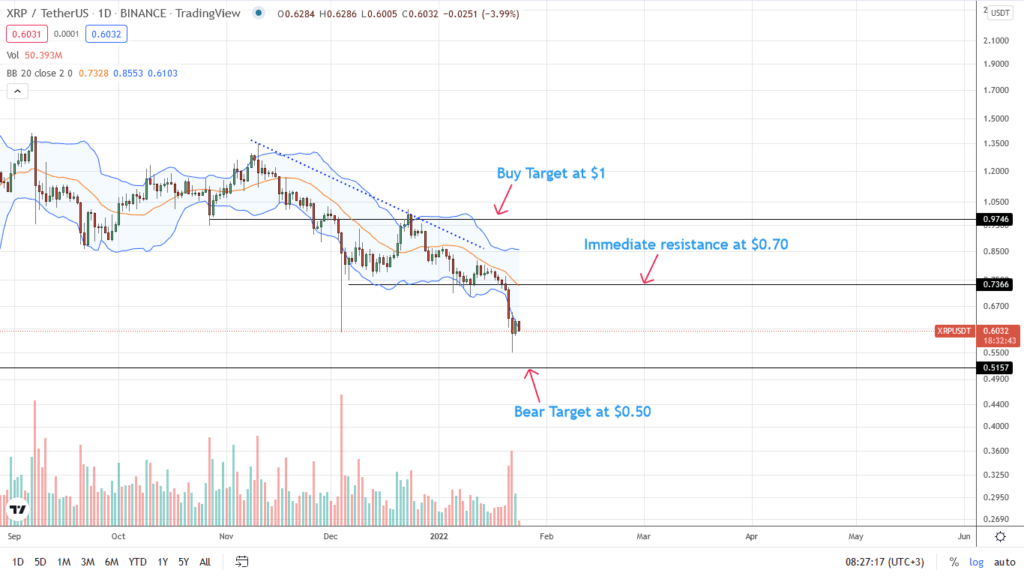 The XRP price is down 56 percent from H2 2021 highs at the time of writing, with discouraging indicators of possibly more losses down the line.

From the candlestick arrangement in the daily chart, sellers are squarely in charge. Notably, XRP prices are printing lower, aligning with the formation of December 4, 2021, confirming sellers from an Effort-versus-Results perspective.

Even so, there has been a pullback from last week’s lows reading from the January 23 bar formation. At the same time, the January 22 bear bar fell below the lower BB, suggesting an element of undervaluation.

In that regard, XRP prices may snap higher as market forces seek correction. It will be a reprieve for XRP holders, especially since XRPUSDT is within a clearly defined downtrend.

Every pullback higher but below $0.70 could offer entries for XRP sellers riding the trend and targeting July 2021 lows of $0.50.

Dalmas Ngetich
Dalmas is a very active cryptocurrency content creator and a highly regarded technical analyst. He has worked in various media as an analyst. He is passionate about blockchain technology, the futuristic potential of cryptocurrencies and enjoys the opportunity to help educate bitcoin enthusiasts through writing about his knowledge and analysis of coin price charts.
Opinion