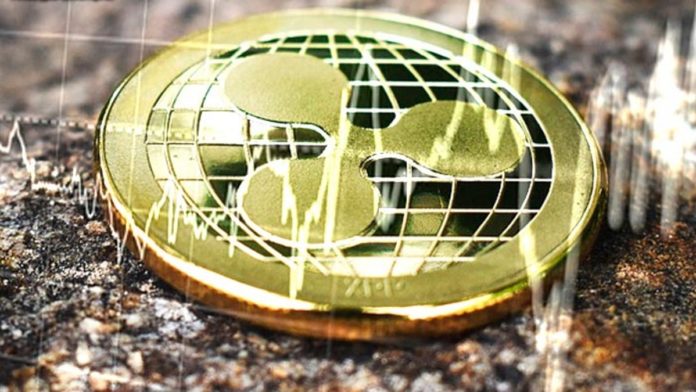 Ripple is up roughly 10 percent in the past trading week, steadying on the previous trading day and within a bullish breakout formation, based on the formation in the daily chart.

Technically, buyers have the upper hand, and there are odds of more gains in the short to medium term. As it is, XRP bulls are riding the bullish wave, rising in sync with the broader crypto market, a net positive after steep losses in the first half of the year.

Despite the contraction in the XRPUSDT candlestick formation in the daily chart, there could be room for more upsides as traders double down, buying the dips in a possible buy trend continuation formation.

Amid this development is the ongoing SEC-Ripple case that’s taking twists and turns. Although the XRP Army is confident of winning the case, there is consensus that there ought to be better clarifying laws in the U.S. to foster blockchain and crypto innovation.

On numerous occasions, Ripple Executives, including Brad Garlinghouse, have urged lawmakers to draft relevant laws lest the U.S. trails in this sphere. The same position is being reiterated by Stuart Alderoty, the General Counsel of Ripple, who stressed the importance of sensible crypto regulations in the U.S. last week.

Meanwhile, the former co-founder of XRPL, Jed McCaleb, the founder of Ripple’s competitor, Stellar Lumens, has sold his XRP stash, pocketing over $3 billion and 708 BTC since he began selling in 2014. 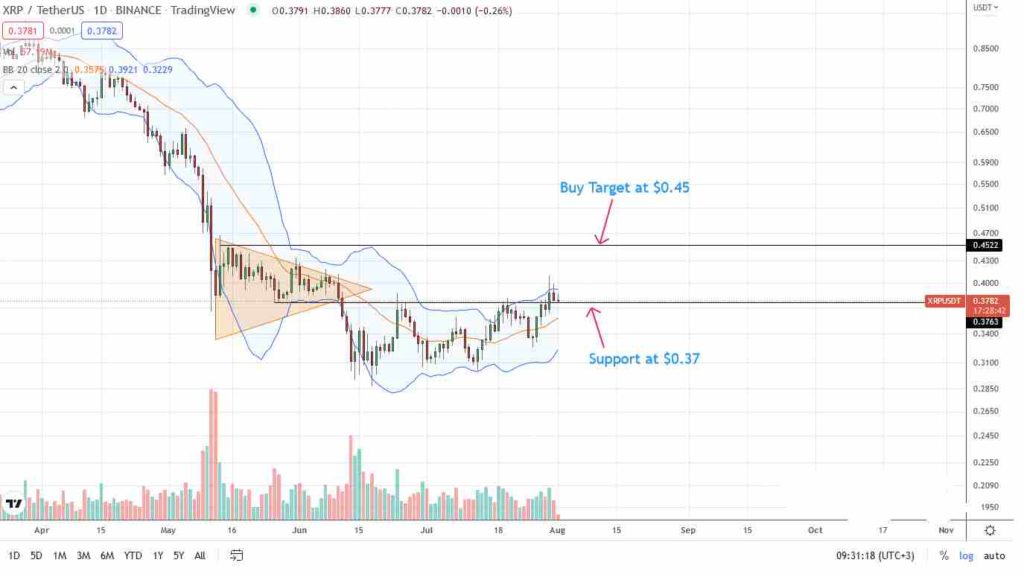 XRP is up roughly nine percent in the previous trading week as bulls flow back in a breakout formation. Changing hands at $0.40, the coin has surged roughly 40 percent from 2022 lows.

Notably, the bullish bar of July 30 is with high trading volumes, breaking above a multi-week $0.10 trade range.

As buyers flow back, traders should look for entries on every dip above $0.38 since there has been confirmation of the breakout bar of July 30. Per the candlestick arrangement in the daily chart, the first buy target lies at $0.45, and later January 2022 lows at around $0.58.

Conversely, any dip below $0.38 with equally high levels of participation would nullify the current preview, proving gains of July 30 as a bear trap.

0
According to a popular crypto analyst, a partnership between two financial giants could trigger growth in Bitcoin (BTC) 's value to about $773,000. Here...
Read more
Companies

0
With the partnership between BlackRock Inc. and Coinbase Global, the world's largest asset manager is entering the crypto market, and it embarks on an...
Read more
- Advertisment -
Posting....
We use cookies to ensure that we give you the best experience on our website. If you continue to use this site we will assume that you are happy with it.OkPrivacy policy