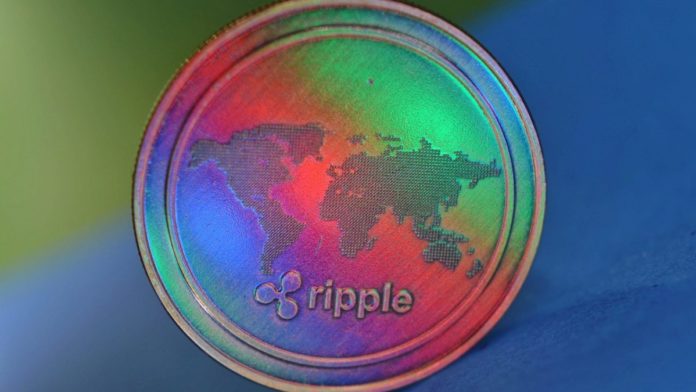 Ripple, one of the leading blockchain solutions provider, signed a deal with Lunu, a crypto-terminal operator specializing in luxury retailers, aiming to provide German high-end retailers with the ability to receive payments in cryptocurrency.

Ripple Labs have been attracting headlines since the recent World Economic Forum (WEF) event in Davos. Despite a bear market, Ripple Labs CEO, Brad Garlinghouse, holds much confidence in the firm’s growth opportunities. In an interview, Garlinghouse, expressed that Ripple Labs have “a very strong balance sheet.” He also hinted at the possibility of a numerous mergers and acquisitions (M&A) in the near future.

Seamless Transaction For The Rich

The Ripple Liquidity Hub can seamlessly access crypto from various global venues, including centralized and decentralized exchanges and even OTC venues. The Liquidity hub was developed by the Ripple team with the intention to simplify cryptocurrency adoption.

According to reports, the alliance between Ripple and Lunu’s point-of-sale (POS) terminals will be instrumental in providing an opportunity for high-end and luxury retailers in Europe and the United Kingdom to accept cryptocurrency payments in their stores. This will also drive the adoption of cryptocurrencies among consumers and retailers.

Sendi Young, Managing Director at Ripple Europe, said that crypto liquidity is the common thread that underpins all of Ripple’s solutions, from payments to lending and credit. The primary goal of Ripple is to build a suite of enterprise-oriented crypto products for the benefit of the company’s clients and customers alike. He seemed quite enthusiastic with the partnership saying,

“We are so excited by this fantastic new use case for Liquidity Hub which will enable Lunu’s luxury retail clients to accept crypto payments at the point of sale.”

This partnership will enable frictionless cross-border payments at:
✅ A fraction of the cost
✅ A faster rate than traditional payment rails

Last month, Ripple announced a partnership with FINCI, an online global money transfer provider based in Lithuania. The joint action will assist business-to-business payments through RippleNet’s on-demand liquidity, a service that leverages XRP for crypto-enabled efficient cross-border payments. In 2021 Ripple announced the launch of its XRP-based on-demand liquidity (ODL) solution in the Middle East in partnership with a local firm, as the first such roll-out in the region.

0
Stablecoins have remained a part of discussions since the crashing of Terra’s UST. Therefore, several platforms are coming up with their own version of...
Read more
Price Analysis

0
Ripple prices weren't spared the hammer of the end of last week. Following the trend of other crypto assets, XRP is down double digits...
Read more
- Advertisment -
Posting....
We use cookies to ensure that we give you the best experience on our website. If you continue to use this site we will assume that you are happy with it.OkPrivacy policy