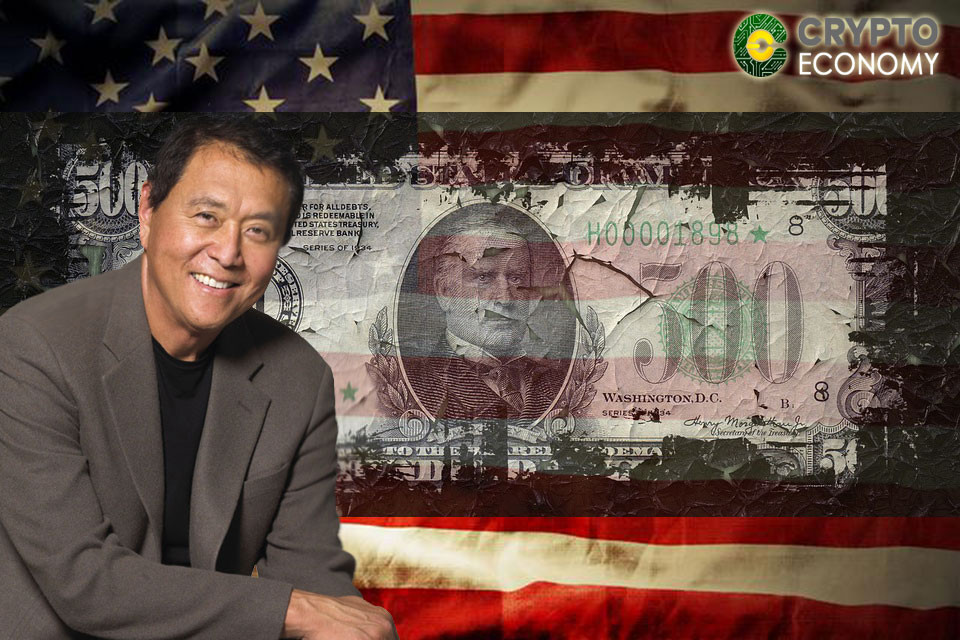 Robert Kiyosaki, better known for being the author of best-seller financial education book “Rich Dad, Poor Dad”, has recently deemed the American Dollar as a fraud, at the same time he expressed his concern about a possible collapse of the financial system backed by this currency.

In his statement via the Sane Crypto Podcast, Kiyosaki referred to bitcoin and other cryptocurrencies as “currency of the people” and asserted they will survive the traditional money, for the US Dollar is a false currency.

“In 1971, when President Nixon moved the dollar from the gold, definitely putting an end to the gold standard era, the currency lost its backup and turned into fake money, into a scam. Until year 2000, the American Dollar was referred to as the reserve currency of the world, then came Bitcoin and the rest of cryptocurrencies.”

In addition to the critics made to the fiat currency, Kiyosaki also predicted an imminent crash for the financial market, the same he referred to in his most recent book “Fake: Fake Money, Fake Teachers, Fake Assets.”

“The constant printing of money is creating a bubble that will cause the next big economy crash once it burst. Back in the year 2000, we had the dotcom bubble, then in 2008 the housing bubble. Next collapse is imminent and it will the biggest of all,” he expressed.

“I believe that cryptocurrencies are a wonderful idea. In fact, in my new book … I talk about the three types of money today: God’s money, which is gold and silver, government’s money which is fiat currency, which is done by government decree which is the dollar… Then there’s the people’s money, which is cybercurrency on the blockchain technology,” he explained.

Although being a controversial figure with a notable pack of critics that quickly rejected his opinion, there are other regulatory entities and high profile people of the economic and tech development ecosystem that share his position.

For example, Apple’s co-founder Steve Wozniak affirmed, on 2017, that bitcoin is superior to the American dollar, referring to the later as “kind of phony”.

Likewise, on April, Microsoft’s founder Bill Gates stated the financial crash is a “certainty”, although he wasn’t able to predict when this is going to happen.

On his part, ex-CEO of Goldman Sachs Nomi Prins, agrees with Kiyosaki on the collapse of the financial market.