REMIIT: Fiat to fiat on the Blockchain 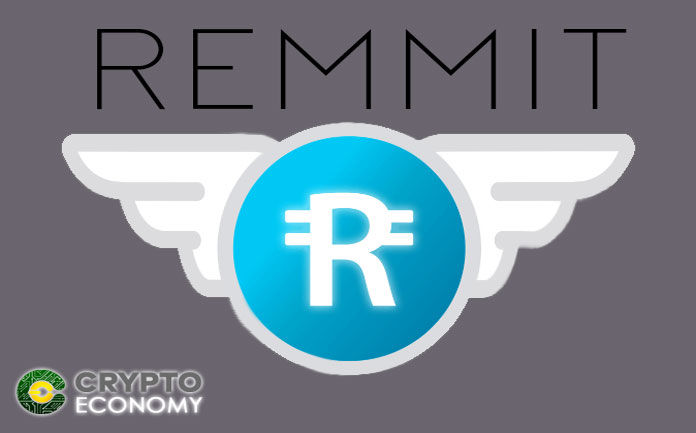 Security, speed, transparency and immutability are the most important characteristics of blockchain technology that can be used in the most diverse sectors and industries. One of these services sectors is the remittance of foreign currency, which find on blockchain an excellent solution, and REMIIT precisely develops its concept based on that premise.

The exchange of foreign currencies through remittances is an uncontrollable business, sometimes profitable and sometimes not. Using “official” services like banks and other intermediaries can mean a loss of money in commissions and other factors that depend on the market and the previous financial analysis, without counting the time factor.

REMIIT proposes to solve all this with an innovative and reliable method, starting from the base to be able to ensure a fast and transparent transaction from the first moment. Having to pay money to a bank to make the change to foreign currency can be hell, and REMIIT has that clear and offers a solution that both companies and customers can trust.

The SWIFT network is extremely slow, causing transactions to take effect days or even weeks later. And the exchange rate is in the hands of people who have nothing to do with the people who use the service.

Although it has already begun to see how blockchain technology is included in the financial sector, many companies in the business of transfers abroad still do not understand the advantages of using a decentralized system such as P2P interactions, and beyond of course, it would not be convenient for them to apply it, precisely because of the decentralization factor.

The progress of various blockchain projects is undeniable and has been established in various commercial locations and applications, to the point that banks in various countries have already begun to include blockchain in their systems.

Seeing all these problems REMIIT was created, and developed its concept of Intelligent Contract REMIIT (RSC) so that the entire currency exchange process is as efficient as possible. With this innovative REMIIT system, it ensures the implementation of the block chain in shops with payment processors.

The REMIIT Ecosystem places the individual at the center of the entire commercial process carried out, through the RSC and the REMIIT Payment Gateway Protocol (RPGP) that it has also developed. In this way, the expansion of blockchain to remittance services by remittance is a reality, with which each stakeholder can ignore the obstacles that the conventional system has, improving the business and making it expand.

The Payment Protocol of REMIIT is a payment processor that allows to capitalize the entire blockchain remittance system without having to use any type of intermediary or bank entity.

In the fourth quarter of this year (2018) the ICO of REMIIT will be produced, whose token – REMI – will have a price that will depend on investment and external exchange, which will be quite volatile externally. The purse that has been developed will manage the tokens and will be in constant evolution, offering cryptocurrencies in addition to REMIIT with its completely transparent and safe remittance function.

To know the technical details of the REMIIT platform and ecosystem, we recommend reviewing their White Paper, as well as joining at their Telegram channel to be up-to-date with their ICO.