REC – The citizen currency based on Blockchain created by Barcelona 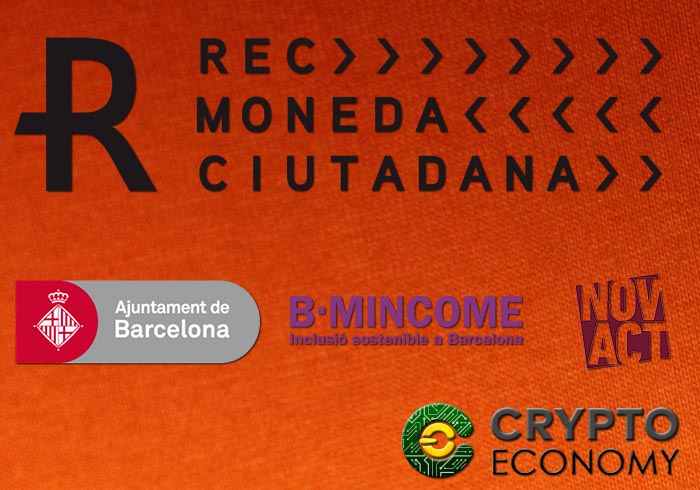 The city council of Barcelona has announced that it will launch REC (Real Economy Currency), this cryptocurrency based on Blockchain has been created to encourage local commerce and will begin with a pilot test this May.

This pilot test will involve 10 neighborhoods of the city, which are: Ciutat Meridiana, Vallbona, Torre Baró, Roquetes and Trinitat Nova, in the district of Nou Barris; Trinitat Vella, Baró de Viver and Bon Pastor, in the district of Sant Andreu, and Verneda-La Pau and Maresme-Besòs, in the Sant Martí district.

These neighborhoods form the Besòs Axis, one of the areas of Barcelona with the most problems due to social policies and disadvantages, in which Ada Colau (Mayor of Barcelona) is working since 2016 to reduce the social gap.

In addition to the Barcelona City Council, Novact and B-Mincome are positioned behind this project.

Novact (International Institute for Nonviolent Action) is an organization that works to achieve a peaceful and just-world which mission in the REC project is to guarantee the functioning of the citizen cryptocurrency and put into operation the Canvi Taula. (a financial institution that appeared in different cities of the Crown of Aragon in the fifteenth century and is the most direct precedent of public banks).

B-MINCOME is a pilot project that fights against poverty and inequality in disadvantaged areas of Barcelona. In this project they will be responsible for the design and monitoring of the various active policies.

This project is put into circulation thanks to the economic collaboration received by B-MINCOME, where 25% of these contributions will be transformed this May into REC (Real Economy Currency).

What mission does REC have?

According to the REC team, what is sought is to promote the economy of proximity and improve the lives of neighbors, in addition to reinvesting the benefits in the community.

The users of this cryptocurrency will benefit from a secure, instant and no-cost means of payment, and the platform has been created to be easy to use. The shops can announce exclusive offers which can be seen through the REC App.

Thanks to its App, businesses that accept REC can promote themselves and publicize their services and offers.

HISTORY OF ITS NAME

The name REC comes from Rec Comtal, an old irrigation canal that channeled the water from the Besós River which in the 10th Century was the main structure to supply water to Barcelona.