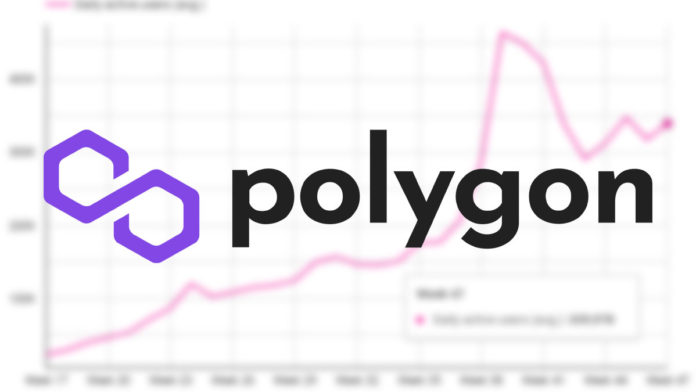 Polygon has had great days with green daily candles and increasing revenues hitting new ATHs in the network revenues. Other metrics are also increasing for the Polygon blockchain, and it seems to have good times in terms of growth and revenue. All of these factors show a promising future for this blockchain, and its native token, MATIC that can hit new ATHs in the price chart soon.

Twitter account @RaphaelSignal posted a new analysis about the Polygon network describing the details of metrics on the blockchain. The most important metric is the network revenues that have had new ATHs in the past few days. According to the analysis, the network had its revenue propped 16.6%, recording the third week of double digits growth. A new ATH of $93.8K revenue per day is recorded for MATIC. It shows 11.86% growth. It’s the first time that revenues have passed $90K in Polygon. 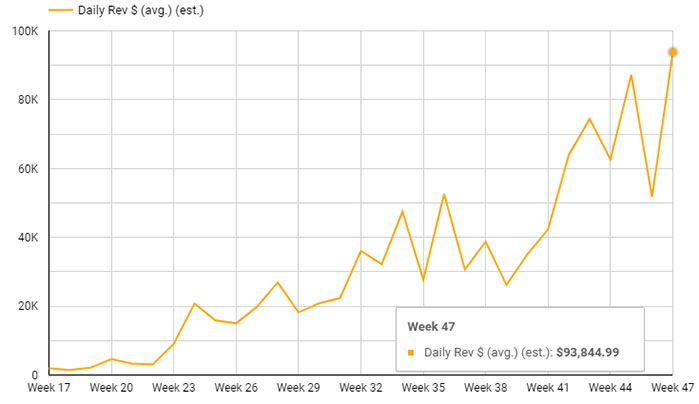 Comparing the metrics of the Polygon network to Ethereum is interesting. Polygon is somehow becoming an alternative for developers and users of smart contracts, resulting in various migrations from Ethereum. Compared to Ethereum, Polygon has 64% daily active users. It was about 50% in the past month.

The number of transactions on the Polygon network isn’t rising significantly. It’s somehow ranging, and there can be many factors resulting in this kind of movement in the tx chart. The network recorded a 10.39% jump in the last week and is currently at the top of the range and the second-highest number in the last two months.

Another promising metric for the Polygon network is net bridge inflows that more than doubled in the last week recording $212mm. Besides, the bridge outflows recorded the third consecutive week of decreasing.

Raphael believes Polygon is becoming a reliable solution in the gaming sector. Pegaxy is one of the new games launching in this network resulting in more active users. Besides, NFT sales are helping the network grow. We can expect more growth for Polygon as more games and NFT marketplaces are joining the community bringing more users with them.