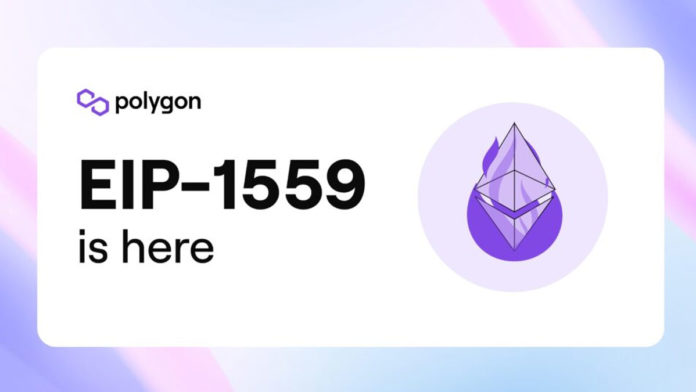 The Polygon blockchain implemented the Ethereum Improvement Proposal 1559. It will bring the burning of the native MATIC tokens. Besides, there will be improved fee visibility.

EIP-1559, often known as the London hardfork, was one of the most significant changes in Ethereum’s history when it went live on the mainnet in August of last year. Polygon’s core development team is rolling out the upgrade on the mainnet after a successful test on the Mumbai testnet. It went live at 3 a.m. UTC on January 18.

EIP-1559 eliminates the first-price auction as the primary mechanism for calculating fees. Instead, for transactions to be included in the next block, there is a distinct base charge and a priority fee to expedite processing. The base cost is then burned, which varies based on network congestion. 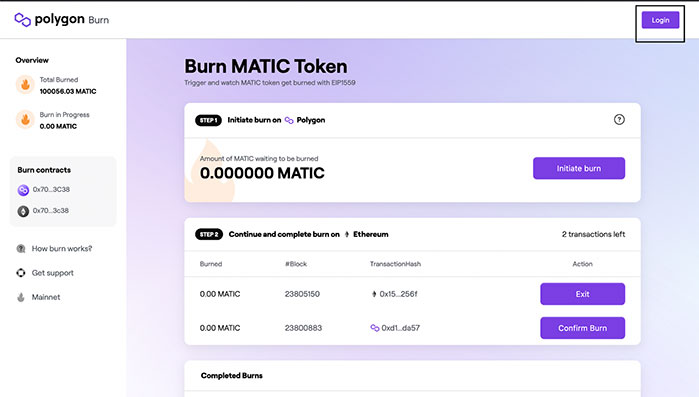 The burning takes place in two stages, beginning on the Polygon network and ending on the Ethereum network. According to the announcement, The Polygon team has developed a public interface that allows visitors to watch and participate in the burning process. Because gas prices are governed by supply and demand, the EIP-1559 modifications have no effect on transaction fees. Because the basic fee is the minimal price for inclusion in the following block, they assist users to better forecast expenditures. As a result, fewer users will overpay. These changes have far-reaching consequences for Polygon’s entire ecosystem.

Because Polygon’s MATIC has a limited supply of 10 billion tokens, any drop in the number of tokens available will result in deflation. To simulate the likely influence on MATIC’s total supply, Polygon developers used Ethereum’s experience since the upgrade as a baseline. The annualized burn would account for 0.27 percent of the total MATIC supply.

Users of decentralized apps (dApps) on Polygon will benefit from more predictable gas rates, which are already among the lowest in the industry. Because of the burn, there are fewer MATIC tokens accessible, and the gas fee curve is more akin to Ethereum’s. Developers will benefit from having all of their Ethereum tools function together seamlessly with minimal side effects.

Because their rewards for processing transactions are priced in MATIC, deflationary pressure will benefit both validators and delegators. The modifications will result in fewer spam transactions and less network congestion because the base fee increases automatically if the block is full. Validators who currently receive the entire fee amount will only receive the priority fee in the future.

0
Polygon has quietly undergone a network upgrade earlier this month that fixed a critical network vulnerability that also resulted in the loss of 801,601 MATIC tokens.
Read more
CryptoCurrency News

0
Polygon is showing momentum in the price chart, and many other metrics indicate a good situation for this token. After recently breaking ATH,...
Read more
CryptoCurrency News

0
Uniswap Labs has announced that all Uniswap version 3 contracts have been deployed to the Polygon mainnet. The latest move aims to enhance speed...
Read more
- Advertisment -
Posting....