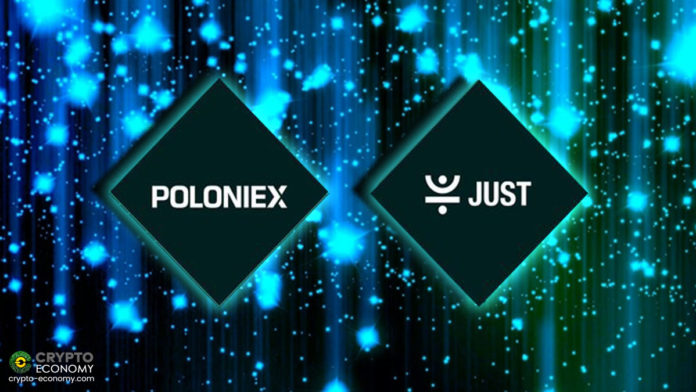 Poloniex Exchange took to the Twitter on Wednesday, May 6th, to announce the news to crypto community. According to the announcement, a total of 3594 buyer participated in the token sale. Only 200 were the winners that represented 5.56% out of the total were winning participants. The sale was concluded in just 4 minutes and 26 seconds.

“The token sale was conducted in one session where participants purchased JUST (JST) tokens using TRX. During this session, all 396,000,000 JST tokens were sold to LaunchBase participants on a first come first serve basis.”

Now, starting from today, May 7th, 14:00 UTC, Poloniex exchange’s customer will be able to withdraw, deposit and trade JUST (JST) in two pairs that are JST/TRX and JST/USDT.

Poloniex, at that time, also announced that the first project of LaunchBase would be a Tron-based stablecoin lending platform called JUST, and its associated token JST. The LaunchBase JUST is a lending platform TRX-holders can collateralize TRX in CDPs on JUST platform to mint stablecoin USDJ, which is pegged at 1:1 to USD. JST token is only to pay interest, platform maintenance as well as other activities on the blockchain.

And it seems that JUST is getting popular as, according to a recent Tweet by Poloniex, the total number TRX collateralized on JUST platform has exceeded 11 million USD.

The strong ties with Tron Network is paying off Poloniex. The story of relationship between Poloniex and Tron dates back to 2018 when Poloniex spun off form Circle. The exchange was then acquired by an Asian investment group reportedly being run by Justin Sun, CEO of Tron.