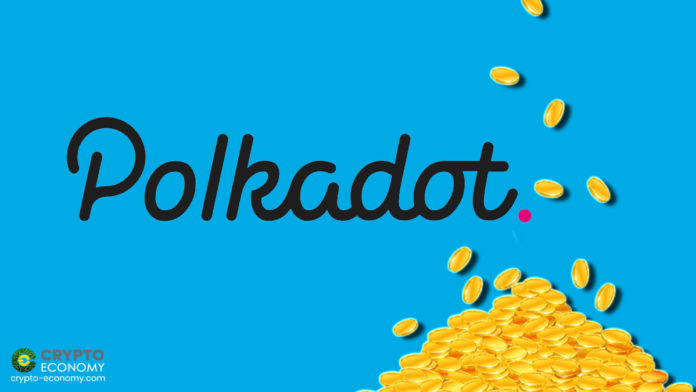 According to CoinMarketCap, the price of Polkadot’s native token DOT surged from $7.80 on January 11 to as high as $18.96 on January 17. The recent price rally helped Polkadot to reach a market cap of $15 billion, which was enough for DOT to surpass Cardano (ADA), Bitcoin Cash (BCH), Litecoin (LTC), and XRP to become the fourth largest crypto asset by market cap.

On January 13, Polkadot started the registration the registration for Parachains for its Parachain testnet Rocco V1. As Crypto Economy reported, Plasm Network, a decentralized application (DApp) hub on Polkadot, became the first parachain on the Polkadot parachain testnet Rococo V1. This might have played a role for the recent price surge as according to CoinMarketCap, on January 13th, the DOT price started to rise from $8 to all time high (ATH) of $18.96 on January 17th.

At the time of writing, the price of Polkadot is hoovering around $17. But this rally was good enough to make Polkadot the fourth-largest cryptocurrency in the world behind Tether (USDT) stablecoin.

Some are connecting this DOT surge to altcoins rally as in 2021, altcoins posted strong gains amid growing retail demand. Other crypto assets like Cardano, Chainlink, and Stellar have recorded double-digit gains in recent days. Cardano (ADA) has surged more than 30% since the last week while Chainlink (LINK) jumped nearly 50% to reach a record high of $22.

The Polkadot Network, the company behind DOT, is the brainchild of Gavin Wood, former Co-founder and CTO of Ethereum. Polkadot blockchain protocol is an open-source protocol that facilitates the cross-chain transfer of any data or asset types, not just tokens.

The project aims to provide unprecedented scalability, interoperability, and security by connecting multiple specialized chains into one universal network. At present, Ethereum has long been ruling the DeFi and DApps space. But due to low scalability, lack of interoperability, and high gas fees due to increased activity on Ethereum, Polkadot is now considered a rival to Ethereum as more and more teams are migrating towards Polkadot.