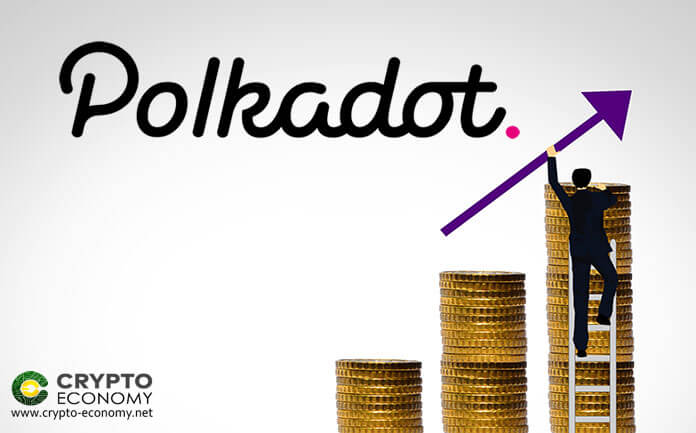 The funds, as announced by the Web 3 Foundation, are to be used towards developing the Polkadot protocol which is said to be an interoperability protocol to link several blockchains to each other. Polkadot sold 500,000 DOT tokens to its investors for an undisclosed amount, which represents about 5% of the total tokens available for circulation. W3 Foundation revealed that the token sale was oversubscribed.

The news has been hard to believe considering that previous reports by industry media revealed that three invited Chinese firms had agreed to participate in the private sale. It was reported that these firms were looking to purchase the tokens at a discount which would bring the total valuation after the sale at less than the sought-after amount of $1.2 billion. In the announcement by W3F on Thursday, the three Chinese firms were noticeably missing from the list of identified investors shared by the foundation. The list included Placeholder, Longhash Incubator, ChainX, and Innogy Corporate Ventures.

It seems Wood was satisfied with the results of the token sale saying in a statement that,

“I have been struck by how much interest there is in Polkadot – many of us have sensed an immense hunger for something new to explore […] With this success, I look forward to seeing the W3F team put these resources to good use, supporting both Polkadot and the broader Web 3.0 ecosystem.”

Author and partner at Placeholder Chris Burniske added to Wood’s sentiments saying that about the project,

“represents a new frontier for experimentation and creation in cryptoland. … We expect Polkadot to not only develop a robust internal ecosystem but also to become a bedrock network for the entirety of crypto.”

The vision behind Polkadot is a fully decentralized internet. The project is a first for the Swiss-based W3 Foundation. According to the whitepaper, Polkadot will facilitate cross-chain communication which will hopefully lead to interoperability between different communities. Furthermore, different projects can then take advantage of other project’s strong features such as scalability security which will improve the viability of the web 3.0 as envisioned. The first Polkadot client Substrate, written in the Rust-language is set to launch over the coming quarter.

Ethernity Chain to Launch IDO on Polkastarter in March

0
Reef Bonds is the new DeFi product from Reef Finance with a focus on investment. It follows a suite of partnerships and announcements from...
Read more
- Advertisment -