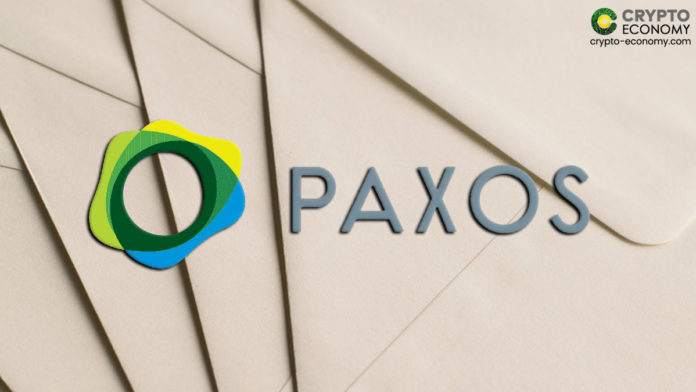 Blockchain adoption continues chugging along smoothly with the latest introduction of the Trust company Paxos’ offering. Paxos, a New York-regulated company has received a No-Action Relief letter from the US SEC (Securities and Exchange Commission) to launch a new service that will see the age-old securities clearance process get automated for the first time using blockchain technology.

Paxos claims that the back-end of the securities clearance process has gone unchanged for close to half a century nowwhile the front end changes relatively quickly. In a press release on Monday, Paxos wrote that its newly launched platform, which has launched in a trial, “will soon begin processing transactions for a limited number of broker-dealers for certain listed U.S. equity securities.” Credit Suisse and Société Générale, two firms that have been part of the development process of the platform have already signed.

Dubbed the Paxos Settlement Service, Paxos hopes to cut the settlement timeline which is currently upwards of 48 hours down to near-instant. With the new service, Paxos proposes to eliminate the use of third parties such as the Depository Trust & Clearing Corp. (DTCC).

The DTCC system works by allowing both parties to a transaction to settle and reconcile their books before concluding a transaction which takes a long time. This means that capital is trapped in the system for several hours while the transaction may have taken milliseconds. With the proposed Paxos blockchain platform, bilateral trades will be just that, bilateral between the two parties to the trade without a third party.

Paxos will run the settlement platform on a private blockchain and all transactions will be recorded as opposed to being managed by the platform similar to how the DTCC system works. It will be akin to a peer to peer transaction without the involvement of a trust service provider.

“The U.S. equities business continues to face unprecedented consolidation and economic pressures, requiring a comprehensive transformation of market structure,” said Paxos CEO Charles Cascarilla in a statement. “This is an important first step on our journey to reimagine the entire post-trade infrastructure, and one that creates immediate benefits for market participants.”

“We believe the process of securities settlement can be greatly optimized using blockchain, and with Paxos Settlement Service we will benefit from these efficiencies first hand,” he said.