Overwinter, the first hard fork of Zcash, has been activated 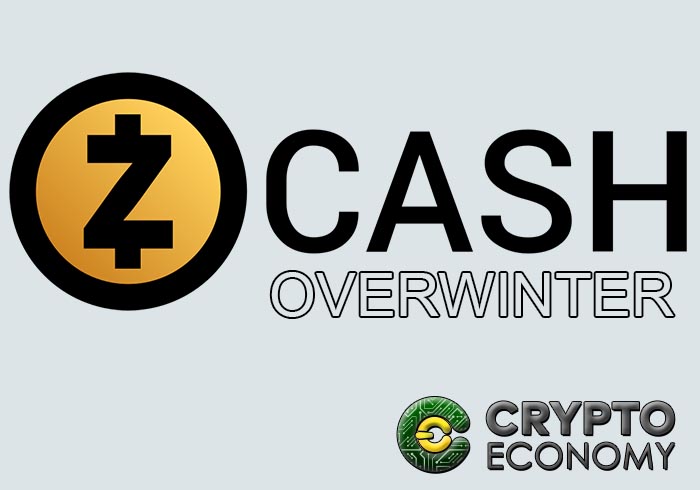 Zcash, the cryptocurrency that provides complete anonymity to its users, has successfully activated its first hard fork, Overwinter. According to its official blog, the upgrade was launched at block 347,500, which was mined on June 26 at around 1:36 UTC.

The basis for future upgrades of the Zcash network

As reported by Crypto-Economy, Overwinter is the first major upgrade for the Zcash network. Its main objective is to pave the way for future upgrades, such as “Sapling”, which is schedule to be released by the end of 2018.

But it is not limited to only that feature. Overwinter also brings several performance enhancements to the main protocol, such as version control, repeat protection for red updates, performance improvements for transparent transactions, and a new transaction expiration feature that will allow the mempool to automatically cancel any ZEC transaction that has not been added to a block within a period of 20 block, or around 50 minutes.

Per the entry this fork has in the Zcash blog, the upgrade also implements a “two tiered governance model for protocol upgrades.”

The first one will make the upgrade optional. This way, users will be able to decide whether or not to follow the path, or stay just the way they currently are, without any negative consequence in the use of their legacy network. “The intent of the opt-in upgrade is to remove chaos introduced by other governance models where users are forced down a certain path, potentially without their knowledge or consent,” reads the post.

The second tier is for educational purposes. Zcash wants node operators to educate themselves on the upgrade, so they can make an informed decision about going for the upgrade, or stay with the legacy chain.

The two-year roadmap released by the Zcash company has enlisted devoting resources to both engineering and marketing research as an objective, with the purpose of integrate a “privacy-by-default” approach into the ZEC protocol.

Although this could prove useful for those looking for more anonymity when executing transactions and other cryptocurrency-related activities, the model could trigger the alarms from law enforcement officials, whom are not fond of privacy-preserving coins like Monero and this one. Nevertheless, the proposed roadmap is looking to achieve its goals, so despite any attempt to curb the use of anonymous crypto tools, Zcash seems determined to accomplish its objectives.

0
According to a blog post on the official website of OKEx, the Korean branch of the exchange announced the end of support for privacy-focused...
Read more
CryptoCurrency News

0
In March last year, a counterfeiting vulnerability was discovered in the cryptography that could have jeopardized billions of dollars. Ariel Gabizon, an engineer for...
Read more
Companies

0
GiveCrypto.org is a non-profit organisation under Coinbase. The organisation’s mission is to financially power people by globally distributing cryptocurrencies. It basically raises, holds and...
Read more
Bitcoin News

0
Edward Snowden has faulted Bitcoin for being a public ledger, saying that the main challenge with the cryptocurrency is the inability to conceal user...
Read more
CryptoCurrency News

0
Overwinter is the name chosen for the first update of the ZCash network that will take place on June 25, 2018, its destination will...
Read more
- Advertisment -
Posting....