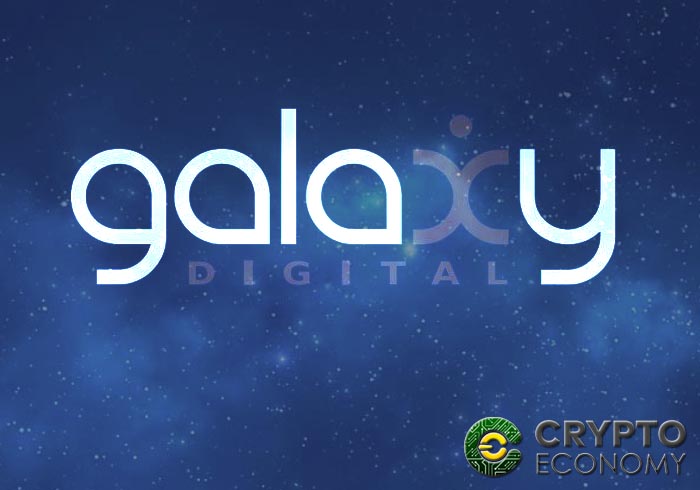 Galaxy Digital LP, a digital asset merchant bank founded by Mike Novogratz, has revealed its intentions to commence trading on Canada’s TSX Exchange. According to Bloomberg, the move to plunge on the crypto trading landscape is set to take off on 1st August, 2018.

The New York based firm has endured a painstaking delay period to finally make it to the TSX platform. The firm made it to the Canadian exchange after merging with a company that is listed on the Toronto Junior Exchange.

In Mike Novogratz’s description, getting listed had been a long process filled with numerous challenges. Merging with a listed business entity in itself reflects on the hardship associated with the process as it was a way of evading the two years of audited financials the firm had to go through before getting approved.

In a flashback of the preceding events, Novagratz described the process as largely “frustrating 8 months,” as regulatory authorities in Canada embarked on a stringent scrutinizing campaign which forced the launch for trading to shift from early April to August.

In an interview with Bloomberg, Novogratz alluded to the recent dip in Bitcoin and cryptocurrencies in general as a partial contributor to the delay. He said,

“There was a surge of companies that listed in Canada and they all traded really poorly. I think the regulators got a little bit more nervous and said, ‘Hey, wait a minute, let’s make sure we know what we’re seeing here’.”

Recently, the world witnessed a general downtrend in cryptocurrency markets where Bitcoin plunged down to $6,000 after the famous $20,000 peak in December last year. In the interview with Bloomberg, Novogratz acknowledged the downtrend and its manifestation in Canadian markets by saying that, “Unfortunately, the Canadian capital markets aren’t roaring anymore.” However, He went on to express his faith and hope by saying that,

“If I knew what I know now, knew the crypto markets were going to swoon as much, and it was going to take so long, I might have stayed private for another year or so and then gone public. But I don’t think it’s a mistake.”

TSX Venture Exchange managing director, Brady Fletcher, expressed the authorities welcoming attitude to the new listing by saying that although the painstaking procedure “probably takes a little bit longer than entrepreneurs like Mike would like it to,” the regulatory body is “excited about the upcoming listing and [thinks that] Galaxy is a great story.”

The TSX listing seems to be a prelude to something bigger for Galaxy as Novogratz is set to pursue additional listings in major cities around the world including Hong Kong, London and Frankfurt. He added,

“We’re going to be a global company; we want to be globally traded.”

Apart from listing efforts, the company seems to be up for a defining influence in the crypto world as its recent involvements have demonstrated.

A few weeks ago, Galaxy set its foot on the cryptocurrency lending sphere where it lead the way in raising 52.5 million dollars in a fundraising round involving BlockFi.

0
Mike Novogratz, the founder and CEO of Galaxy Digital, published a letter to his company's shareholders mainly talking about Luna and Terra. He's the...
Read more
Bitcoin News

0
Good Money, Neo-banking platform was recently able to raise $30 million USD via a Series A funding round which was held to continue developing...
Read more
Companies

0
It’s been a rough year for the cryptocurrency markets globally. Most retail investors have exited the market after registering insurmountable losses as several digital...
Read more
- Advertisment -
Posting....