News Director of Crypto News Outlet Responds to Binance’s CEO Criticism, Saying He will Prove the Authenticity of the News 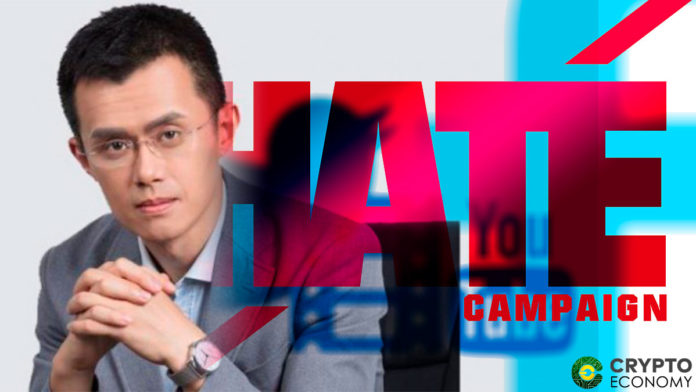 On November 21, crypto news outlet The Block Crypto reported a controversial news about the Binance’s Shanghai office. The news outlet said that the cryptocurrency exchange’s Shanghai office was closed following a raid by local authorities and any of Binance’s executives along with CEO Changpeng Zhao and CMO Yi as many as 100 others employees working at the office were forced to either work remotely or relocate to Singapore.

But Binance denied both of those details in numerous tweets and in statements to other media outlets. The CEO Changpeng Zhao, better known as CZ, in a tweet, said that Binance hasn’t maintained an office in Shanghai since 2017 and news of any police is just false.

In another tweet, replying to a tweet about the presence of many other exchanges in China, he said that other exchanges operating in China were paying news outlets to spreads fake news about Binance.

Interestingly, I know for a fact two of these four exchanges that actually have offices in China is paying news outlets and KOLs to spread FUD about Binance. And not thinking through if China is to shut down any offices, it would be themselves.

In a recent twitter thread, he criticized the news outlet saying it was irresponsible journalism. He said:

They got a few more eyeballs this time, yes. But it makes The Block rated as a fake news site. If that’s how they want their brand to be known, it makes sense. No apologies so far about the fake news either. Irresponsible journalism.

The news director at The Block Frank Chapparo, in reply, said that he will soon prove the authenticity of the news. His tweet reads:

Shortly, I am releasing a 1,400 word piece setting the record straight on Binance’s former office presences in Shanghai, which despite CZ’s denials, shut down recently. It will provide in-depth, unreported, specifics about the culture, locations, and projects being worked on.

Frank further said that he will also prove the police raid.

As reported by Crypto Economy on November 19, Binance and Tron also appealed to have their official Weibo accounts restored after the social media company suspended them.

0
Cryptocurrencies and other digital assets are becoming increasingly relevant among Australian consumers. As a result, more investors and traders are jumping on the crypto...
Read more
Price Analysis

0
BNB is still in the top-5 with more than twice the market cap of XRP, the sixth most valuable cryptocurrency. As per the arrangement in...
Read more
- Advertisment -
Posting....