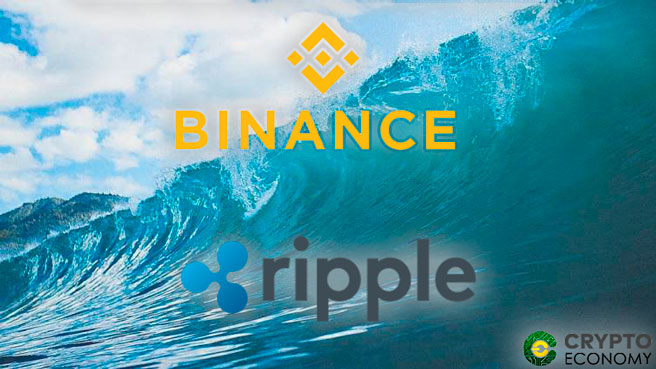 The Ripple community receives an early Christmas gift as the famous cryptocurrency platform Binance adds two XRP trading pairs on its platform. The trading is set to launch today as confirmed from the exchange’s blog post.

The two trading pairs which include Tron and Ripple [TRX/XRP] and Zcoin and Ripple [XZC/XRP] represent the first time Binance is using XRP as the base currency.

According to the post, the original Ethereum Trading Market [ETH] will be renamed into the ALTS Trading Market in order to support more trading pairs with other different Altcoins. The exchange clearly highlights that ALTS is not a new crypto coin or token.

The company’s CEO Changpeng Zhao, famously known as CZ announced Ripple [XRP] as the quote asset to TRX/XRP and XZC/XRP trading pairs in the new Combined ALTS Trading Market.  According to CZ, Binance set out this move in order to thank TRX and XZC for supporting its charity efforts

CZ pointed out that the company will ‘prioritize adding more pairs’ for the projects that donated to their charity.

We all know that Ripple is not just a cryptocurrency but a platform as well. The platform being an open source protocol that’s built to allow for fast and cheap transactions and XRP being Ripples own currency.

XRP is a token used to represent the transfer of value across the RippleNet,-a network of institutional payment providers such as banks, businesses and other financial institutions. On the other hand the Ripple platform allows its users to make payments in any currency with minimal transaction fees.

First implemented by Ryan Fugger, a web designer from Canada, Ripple has greatly established itself in the cryptocurrency space. Currently XRP is the 2nd most valuable cryptocurrency according to coin market capitalization, with a market cap of over $17 billion overtaking Ethereum.

Ripple has seen impressive growth in mass adoption so far, crediting most of this acceptance to the increased innovation from the Association of South East Asian Nations [ASIAN] regions. Along with that there’s also the JP Morgan Chase and Goldman Sachs Group, as well as many other institutional investors.