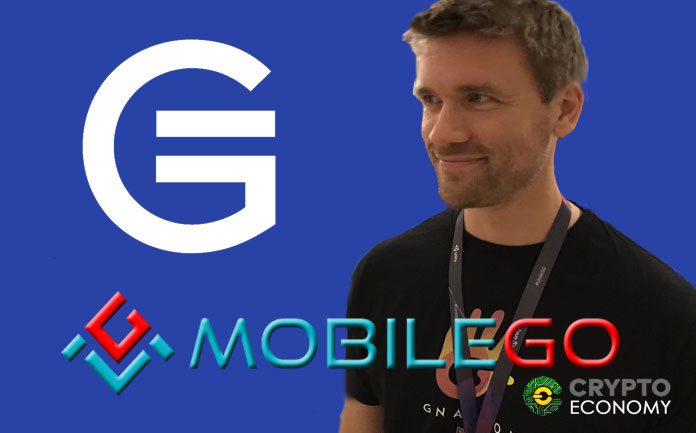 Emotions usually run high when projects go awry, especially when teams are unable to fulfill their part of the bargain. This has been the case with MobileGO whose founder has threatened investors with legal actions in response about their critics.

MobileGo was advertised as the platform that will bring eSports to everyone but one year after the conclusion of the ICO, the team has been able to add just one game instead of the thousands that they promised prior to the ICO as seen in the whitepaper. Complicating the situation is the August 17 a telegram post by the founder of the company Sergey Sholom threatening any investor critical of the company’s conduct with legal action.

Sholom in his post mentioned that there has been “a lot of noise” about “investors money” and there has been “rumors making rounds” and emphasized that he will not hesitate to sue any parties spreading rumors that undermine the token value.

Although Sholom admitted that he made a mistake by not being fully involved with the project, he still alluded to the fact that the company will not tolerate those who according to him have their own agenda spreading malicious rumors against it. He further said that the loopholes that slowed or derailed the project have been plugged adding that only professionals are now involved in the execution of the vision behind the project.

He said that the only “legit” goal of the project is the success of the token and that no compromise is to be tolerated with unsatisfied developers and investors saying that all “immature and ridiculous demands” are to be directed to his lawyers who will decide which merits lawsuit. 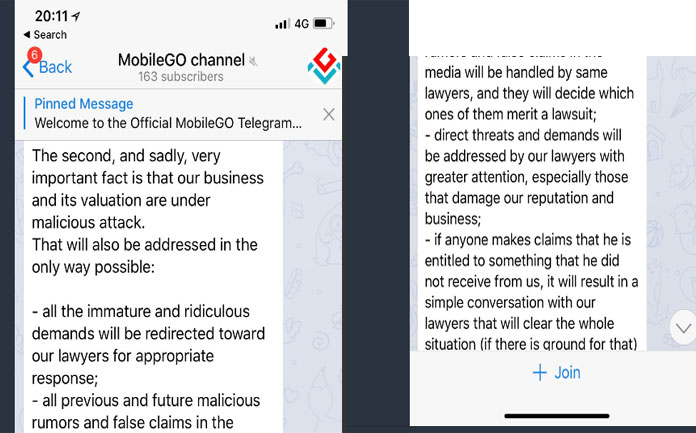 Samad Sajanlal who is a cryptocurrency consultant gave an insight into the background of the project in a medium post in which he wrote:

“In late 2016, a company called Datcroft (run by Sergey and Maxim Sholom) approached the GAME team and provided their support in the mission. They promised great things — usage of GameCredits in thousands of games, an online store where you can purchase games and in-game items using GAME, and hundreds of thousands of users using the platform within a year.

Today we are in August 2018, and none of these promises have been fulfilled.

In 2017, during the ICO boom, the owners of Datcroft decided to launch their own ICO called MobileGO (MGO). The purpose of this token was to be a complimentary token to the GameCredits coin — where GAME is a gamer’s currency, and MGO is a token to wager in eSports tournaments and such. The promises made above were outlined in the MGO whitepaper, which has seen several revisions since its original publication (without informing investors that new changes were made! That’s a red flag.) Yet still shows the original vision intact on the document.

The MobileGo ICO raised $53 million last year when the value of Bitcoin was $2000. This means that the company has more than $200 million worth of investors’ money but the value of their tokens have been falling miserably and many investors are concerned that the project doesn’t even seem on course.

0
Axie Infinity has recorded consequence all-time highs in the past few days, and the project is still on the growth path. The blockchain-based game...
Read more
CryptoCurrency News

0
GameCredits people have stood out these last 4 weeks with their kick-off of the or crowdsale for their 100% cryptomonet-based game store project in...
Read more
- Advertisment -