Home CryptoNews "In browser" Mining , is it worth it?
CryptoNewsOpinionTechnology

“In browser” Mining , is it worth it?

One of the modalities that has been presented in the matter of cryptocurrency mining, is the so-called “in-browser” mining, which consists of an extension of your browser – Chrome usually – that is installed and takes a portion of power from the processor of the computer in which it is executed, generating a specific mining, which is usually quite small in quantity.

This modality is being very controversial and rightly so, due in large part to the general lack of knowledge about its operation, and to a large extent also, due to the abuse that many unscrupulous people make through mining scripts that literally steal power from computers and mobile devices when they visit the web pages in which they are operating; can be integrated into a website through a script, and take the power of the processing unit or the graphic card of a visitor. It is the so-called “furtive mining”, about which we have already talked in this space before.

However it happens as in everything, between detractors and enthusiasts, it is appropriate to make a brief review of the chances that this method of mining is not so harmful to desktop computers and mobile devices.

As for the average power that these miners in browser take, it ranges from 10 to 40% of the CPU power. Having several providers of this service, it is convenient to keep in mind the pros and cons of its adoption, and more if the health of our devices is concerned. We must remember that mining is, basically, a conversion of electric energy into money. If a furtive miner takes the power of our processing unit or the graphics card, it is literally stealing our money since we are the ones who have to pay the electricity bill.

The work overload that our processor will experience is not a game. Normally a certain amount of additional processing resources is required for the system to run smoothly, and that is something that these mining applications in browser can not measure at any given time. Because of the amount of processing, computers and mobile devices often overheat, with the potential damage that means.

Seeing the cons in a summary, these miners tend to deteriorate the user experience, download the mobile battery, make the computer’s fan is noisy and overload the system when they open several tabs, just to mention some consequences. And this starting from the premise that we have consented to the use of mining in browser. Not to mention what happens when it comes to furtive mining, taking advantage of our equipment, our resources and our electricity without receiving a penny, and exposing us to major damages. 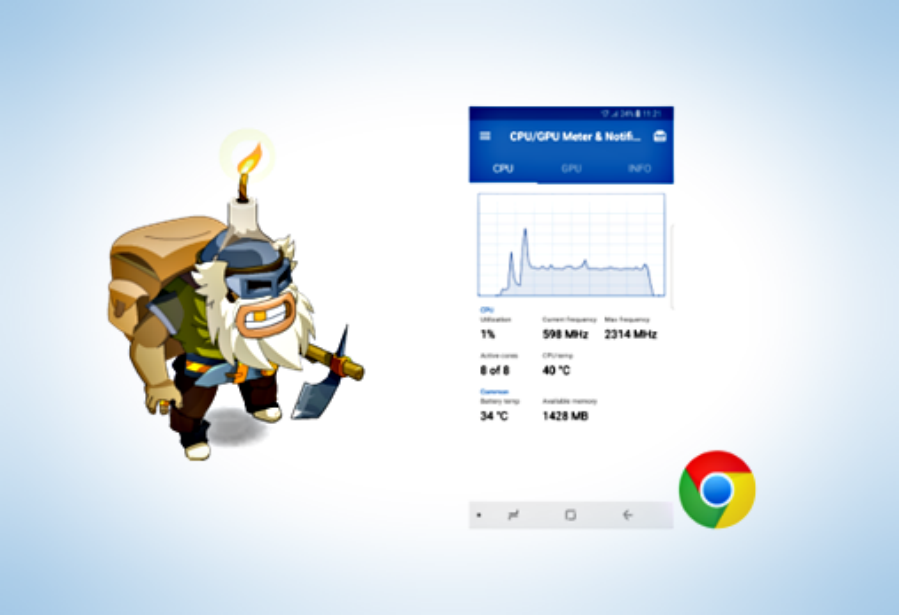 We know that furtive mining may not disappear, but we still do not have a uniform response to defend us from its ravages. Although there are browser extensions that block these sneaky scripts, if the search engines can act accordingly and rank those websites lower in their search results, they would be giving a hit.